It’s been six years since Terrence Malick released his last film, and this summer’s The Tree of Life is only his sixth ever. FADER video producer Hanly Banks reflects on her Texas internship with the reclusive legend.

In the rolling landscape of Austin, Texas, in an office building of no distinction, one of America’s finest filmmakers is putting the finishing touches on his latest movie, The Tree of Life. He is most likely eating a breakfast taco and wearing a Hawaiian shirt over khaki pants—a casual pairing that serves as a matador-like distraction from the fact that underneath, Terrence Malick is as serious as it gets. But this is all assuming that things in Austin have remained the same since the summer of 2005, when I interned during post-production on The New World.

The fact that the mythologized director responsible for definitive films like Badlands, Days of Heaven and The Thin Red Line was even making another film was exciting—the years of lag between each seemed always to make the next an uncertainty. But witnessing that process firsthand was monumental. To be truthful though, my experience was not really a lesson in filmmaking. A sophomore in college, I was having a bit of an existential crisis—totally perplexed about how to “make it” in the entertainment industry with no real idea of what that would mean anyway. Several months working for a director who was so anti-all-of-that became an education on how to live. 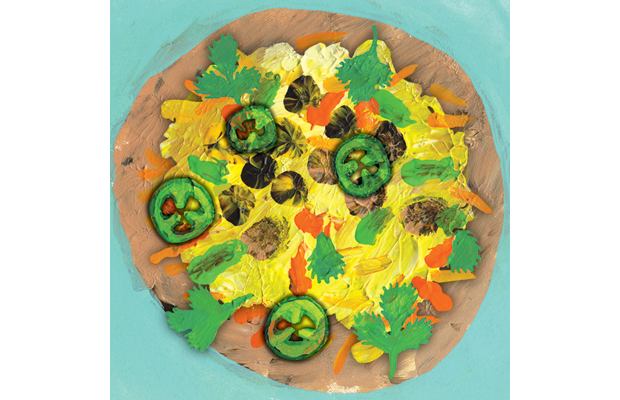 I spent the bulk of my internship observing, taking note of little things Malick would do, like encouraging our small office to eat meals together. The lunch table, regardless of stress levels, was a place to discuss non-work-related topics—a place where, when asked about my plans for the upcoming semester at NYU, I casually mentioned an interest in Foucault. Malick just smiled and shook his head. Are you sure? he seemed to say, failing to mention that he studied philosophy at Harvard before teaching it at MIT. Another time, I told him I’d just watched The Elephant Man on a weekend Netflix bender and couldn’t stop thinking about it. “That’s a good one,” he replied cheerfully. It wasn’t until years later that I learned of his crucial role in the development of the then-untitled film, years before David Lynch was slated to direct it. He always knew infinitely more than he let on, but even in our few interactions he was gracefully modest—the kind of modesty that simply does not function in the limelight.

For Malick, living off the Hollywood grid has had its benefits. He has adopted a lifestyle that allows for time to focus on the things that matter, things like grandchildrens’ birthdays and walks around the neighborhood. And he has conscientiously carved out a space that leaves room for inspiration—a space that no one, not even the industry, can touch. It was from him that I gathered an obvious but often overlooked piece of artistic advice: surround yourself with nothing less than things you love. He did this constantly. Every other day seemed to present a new opportunity for Malick to find some obscure piece of footage for inspiration—a rare plant in the jungle or some planetary phenomena. Though the reason for these seemingly random pursuits was unclear, it seems that it was all fodder for what might be his greatest film yet.

The Tree of Life is a picture so big that Malick has gone to the ends of the earth to piece it together. Imagery of the natural world, specifically one towering oak tree, suggests a grand attempt at defining the basic struggle that is growing up. In what feels like something of an opus, the film excavates weighted, essential ideas: innocence versus knowledge, lightness versus darkness, and perhaps everything else that Malick has wrestled with his entire life. To those who know something about that life, the story sounds familiar. Sean Penn portrays a man searching for meaning between a picturesque childhood in the suburbs of Oklahoma (where Malick grew up) and an adulthood full of loss. Whether or not the film’s conclusions about the broad, wandering nature of life are Malick’s own is a mystery, and Malick would want something so personal to stay that way.