A couple of photographers talk about the art of being a couple.

Carolyn Drake and Andres Gonzalez met eight years ago in graduate school at Ohio University, where both were pursuing MFAs in photojournalism. They’ve been together ever since, negotiating itinerant schedules and long stretches apart either on assignment or traveling funded by grants. They share a love for making pictures and for each other.

CAROLYN DRAKE: Our MFA program was very small—I think about 15 people, and Andres seemed to be coming from, maybe, a critical or independent point of view. I remember one day we came into class—I don’t remember what the assignment was—but he had shot this kind of festival for gun fans. He’d shot it in a way that it felt like he was making a commentary about this culture. I really appreciated that. He was doing something different. I think that’s how I originally started being curious about him, and then I started…well, I guess I basically just went after him. He was really shy. I definitely had to make a great effort to let him know I was interested.

ANDRES GONZALEZ: Even though we didn’t talk very much the first year [at school], we talked to each other through our critiques. We kind of grew this relationship of appreciating each other’s photography but not quite being friends yet, and then suddenly it just grew into a friendship, and from there, into a relationship. We’re constantly absorbing each other’s interests and styles and ideas. There’s no real place where my work ends and her work begins. It’s very organic. 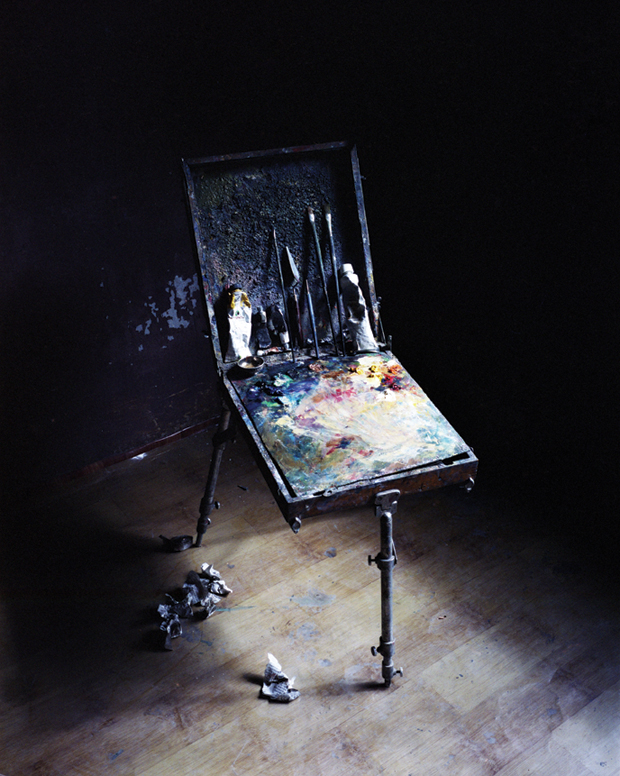 CD: We’ve talked about doing a real, equal collaboration by doing a film or something, but we haven’t gone that far yet. It’s kind of a scary idea for both of us, I think, because we’re both really attached to having our own work. The dominant part of how we interact, photo-wise, is probably at home, after the shooting’s done. But we’re trying to do more trips together. He just came to Xinjiang, China with me, and he was shooting for his project and I was shooting for my project. It can be awkward. I’ve been working on this project [there] for several years now, and it was a little scary to bring him into this world that I’m used to having for myself. But it was also kind of exciting. It felt really good for me to see his fresh perspective. He was seeing it for the first time, and yet, he’s seen it for years and years, but only from my perspective. I was actually happy, in the end. I felt like he had a new appreciation for why I go back there so much.

AG: We try sometimes to follow each other, like this last time in Xinjiang. At first we thought, Oh let’s go shoot, and we’d go out the door and walk together and kind of shoot together. For the first few days it kind of didn’t work because we really had different ways of following our noses. We’ve learned that we can travel to the same city and go in different directions. One way that we’re very different is that I think Carolyn is really attracted to people. When she’s out shooting and she sees something happening, or people convening, she will veer off in that direction, where I’ll veer off into the alley where I don’t see any people and I can be totally on my own. I think we both tend to prefer softer spaces, maybe I would say I look for even more of that. She’s really interested in moments, and what moments can tell about a situation. I guess in other ways, conceptually, she’s really more involved in looking at history and how it plays out over time. I think I’m less so, although I want to be more involved in social issues. We’re both pretty quiet, and we’re both pretty quiet in the field, but I would say I’m even more so. While she’s talking to people, I’ll go off and photograph some tree or something.

CD: Andres’ pictures are very subtle. I really appreciate that, and I hope that rubs off on my work, too. I feel like my work’s more close to traditional storytelling than his is. He has an interest in nature and people—that intersection. I think it’s a shared interest we have, and it kind of extends into our personal lives, too. Things that we’re interested in and like to spend time doing. 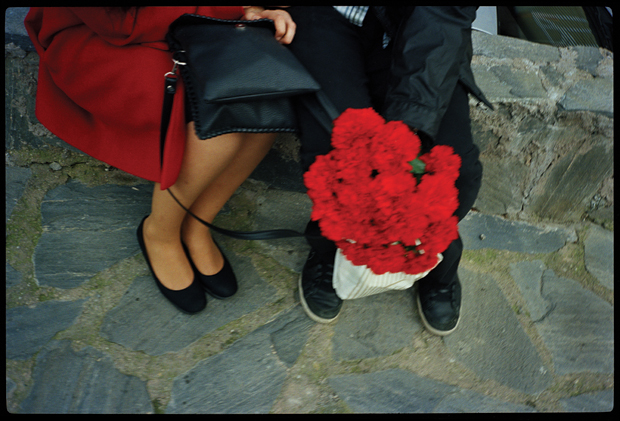 AG: At this point, I don’t think that either of us could be in a relationship with anyone who wasn’t a photographer, just because we’re so manic. It’s a particular personality that you have to have to be able to tolerate a photographer. Well maybe it’s not just a photographer, maybe it’s just any type of crazy person. There’s a lot of ego involved, and I think all photographers are kind of obsessive. Ninety percent of what we talk about is photography. We’re waking up in the middle of the night and asking questions about what’s on our mind. I think that if you want to be in a relationship with someone who’s not that way, they have to be really tolerant, and you have to find other outlets.

CD: It would be impossible for someone who isn’t a photographer to deal with me. Or at least, I would have to change—I would spend less of my life in photography. I think the way it is now, it’s like 90 percent of our time is about that. It’s really good to have someone to get feedback from and bounce ideas off of. It’s hard to find people who have the time to put so much thought into it, especially since I need it over and over again. I mean, he would probably say that I ask him a lot more questions than he asks me. I think he’s more inward…I mean, he’s just kind of a more private person. So he usually likes to edit himself, but he does once in a while ask my opinion. Sometimes he’ll ask and then say, “Oh, you just don’t understand what I’m trying to do, so I shouldn’t have asked you.” Sometimes I feel like he’s really interested in keeping the answers hidden. I’m interested in that, too, but not to the same degree. I’m trying to figure out how to steer a path that’s my own correct direction and not too influenced by him.

AG: One of the things I really admire about Carolyn is that she’s always looking, noticing little details in the landscape that I often miss, and when she’s got a camera in her hand she’s constantly sketching out the world, catching little moments and fragments of stories as they drift by. I remember when she made this image. We were in Istanbul, walking near our apartment. I find Istanbul a rather difficult place to shoot, just so much going on all the time. Carolyn had been shooting the city with this little disposable camera at that time, and I remember her noticing this couple having this really tender moment. Without slowing down, Carolyn gracefully swept by, lifting the little point and shoot slightly and made this one frame. The couple seemed flattered. I find the image rather dreamy, a reminder that the world is open, waiting.