It wasn’t until I arrived out of the cold into the sardine-can confines of the Mercury Lounge’s front room last night that I realized how unusual it felt to be catching a Mykki Blanco set there—especially at a show the shapeshifting Harlem rapper curated herself, ominously (but perhaps also humorously) billed as the “Party From Hell.” Usually when I see Blanco, it’s deep into the night at some smoky, cinderblock venue across the bridge, her razor-sharp attack cutting through blown-out backing tracks in a room full of droopy party goers trying to chemically muster up a second wind. Part of the appeal of the Mykki Blanco set that I’m used to is that you always remember it the next morning as a kind of nebulous, nightmarish mirage—it was hard to imagine how that particular “party from hell” vibe could possibly carry over to a classic Lower East Side rock & roll club like Mercury. It’s artistically open-minded (for a Manhattan venue), but it's clean-cut in a way that seems a little off-base for Blanco—or maybe not clean-cut enough to feel like an art gallery or museum, which, at the other extreme, is another place where Blanco’s performative grasp of gender identity and seasick IDM anthems feel right at home. 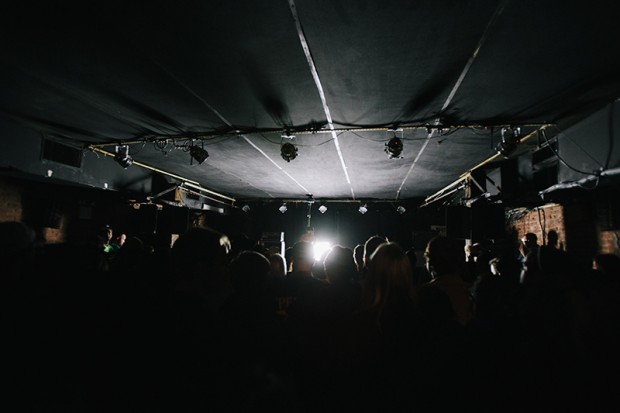 Walking into the main space an hour or so before Mykki’s set caused a double-take, as all I could see was a sea of dark hoodies and a rock band so loud and obnoxious-sounding that I wondered whether I hadn’t stumbled into an early show of the nu metal variety. Actually, it was actually an opening set by Baltimore’s Dope Body, an endlessly pummeling, almost mathy four-piece whose music—once I settled in—ended up feeling like the perfect marriage of art school noise-punk and majestic Iggy Pop bravado, shirtlessness included. Once the night revealed itself to be the kind of affair where just about everything and everybody could be, they fit in just fine. The show took a dramatic shift from hard rock to hard club music when Physical Therapy and Michael Magnan’s Fatherhood project took the booth, only to left-turn again into straight-up performance art with the arrival of boychild, a mute, impish, almost mummy-like figure with a neon-lit orb in hits mouth. He didn’t need to do much on stage in order to make some upbeat remixes of Moby and Solange sound like the creepiest music on earth. It felt sort of like a proud carnival of freaks, and despite the pretty normal-looking New Yorkers in the audience, there was enough miscellaneous cosplay on stage to make Party From Hell start to feel hellish in a good if deeply confusing way. (Black lipstick? Capes? Hoops? Soviet military caps? Is there any unifying logic in the counter-culture of our time?) 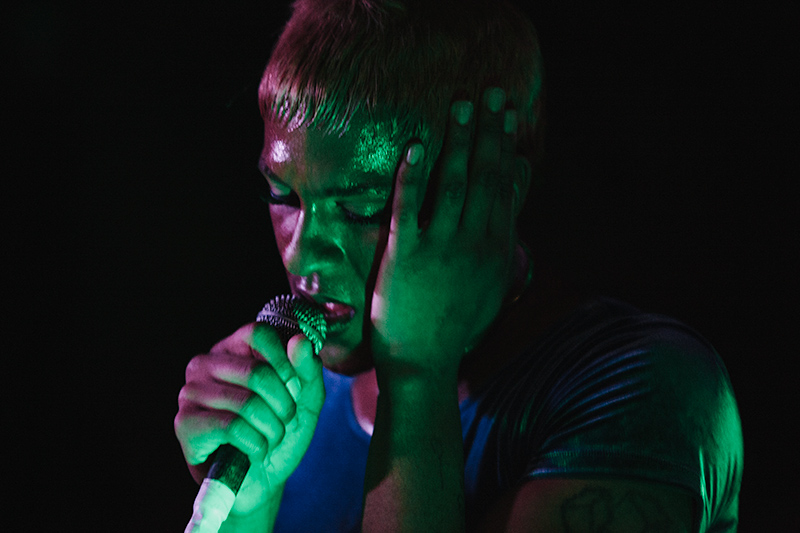 Blanco arrived on stage looking particularly demure in a blond, Jean Seaberg cut and form-fitting, baby blue onesie. It was as though the whole evening had been a synthesis of the different sides of Blanco, from punk roots to high-brow aspirations, and she felt confident enough to pare things down a bit. Her voice—at turns bitchy and salacious, coy and cheerleader spry—sounded clearer on this soundsystem than I had ever heard it before, as did the lurching, beat-studded production from her recent Cosmic Angel: The Illuminati Prince/ss mixtape, for which she profusely thanked producers like Le1f, Gobby and Gatekeeper. Rather than like a nightmarish nebula, underworldy fan favorites like “Hazy.Boogie” and “Wavvy” felt spartan and chiseled; not everybody can turn from a cloying Nosferatu to a blushing ingenue in the same, shadowy cast of electric green light, but Blanco used the controlled environment of a Manhattan commercial venue to show us she can. Towering like a Statue of Liberty before her audience of screaming, grinding, incongruously outfitted weirdos, she paused to walk up to the front of the stage, and seemed ready to acknowledge, as any performer should when they finally really find their voice, that it’s the fans that helped her find it. “The energy feels so good. The room is packed. I just want to share my love with you guys. I feel like getting really close to somebody, but I'm on this stage.” 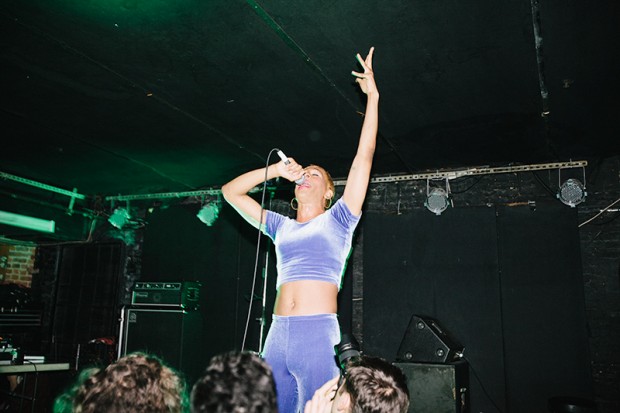 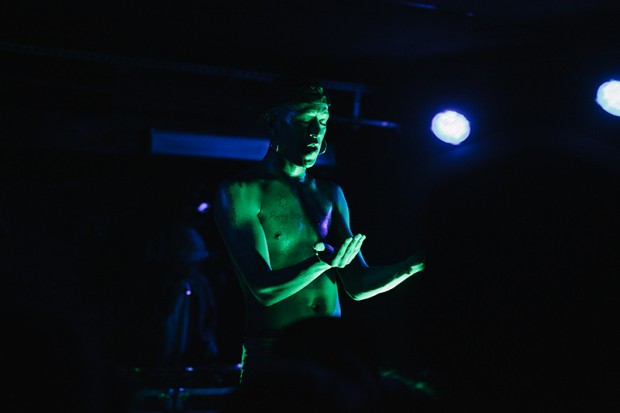 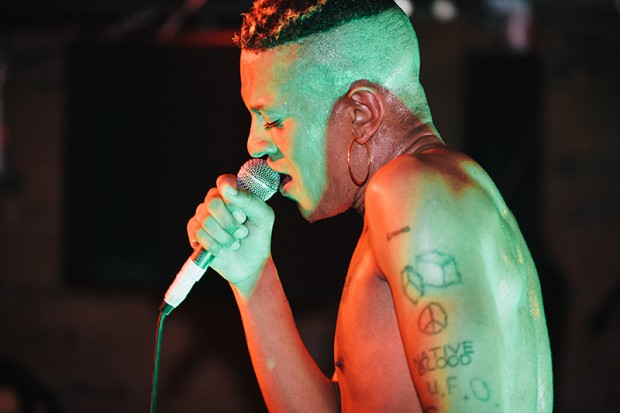 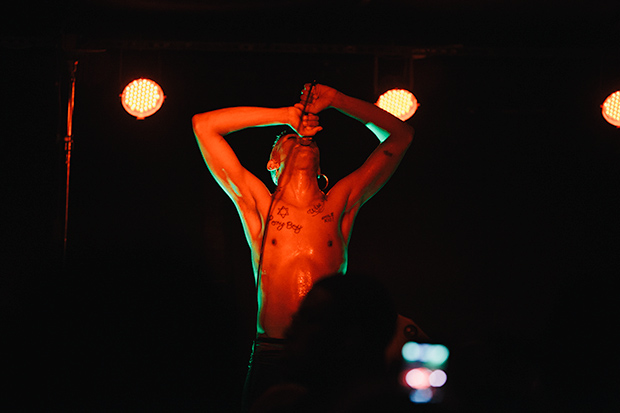 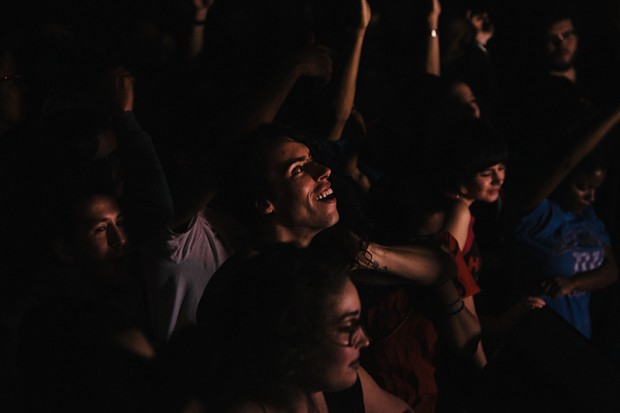 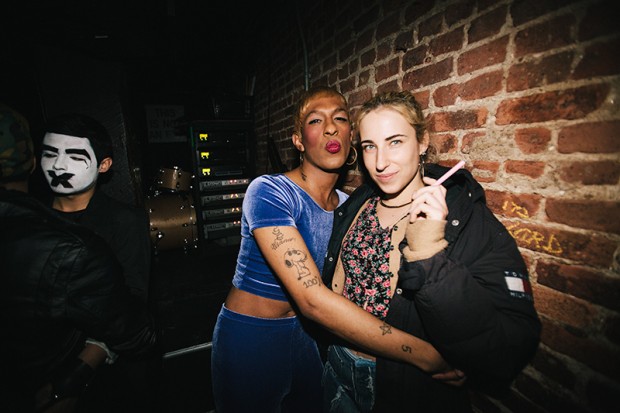 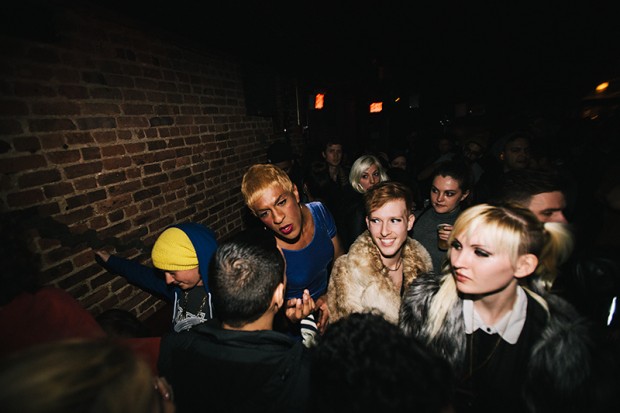