Albert Hammond Jr launched his line of suits for Confederacy earlier this month, a collection the fashion press had been eagerly anticipating for months, and something we'd been quietly hoping he'd do for much, much longer. There are few men that can run the sartorial gamut of suiting quite like Hammond, and with everything from epaulettes on hunter-green suits to stunningly spiffy three-pieces in the line, it all looks and feels just like him. Alongside stylist and Confederacy store owner Ilaria Urbinati, Hammond put everything together from start to finish, and when he spoke to us via phone from his parents' house in California, he was already percolating new ideas for round two. Read the full Q&A after the jump.


Why did you decide to do the collection?
Two reasons really—one, I wanted some suits for myself, and two, every time there’s something written about me it always says something about a suit, and people always ask me “Where do you get your suits?” It was getting ridiculous. These suits are handmade in Brooklyn, and it’s the kind of thing that will last ten years—as long as you don’t get too fat, which is why you sort of get clothes to help you stay the same weight. 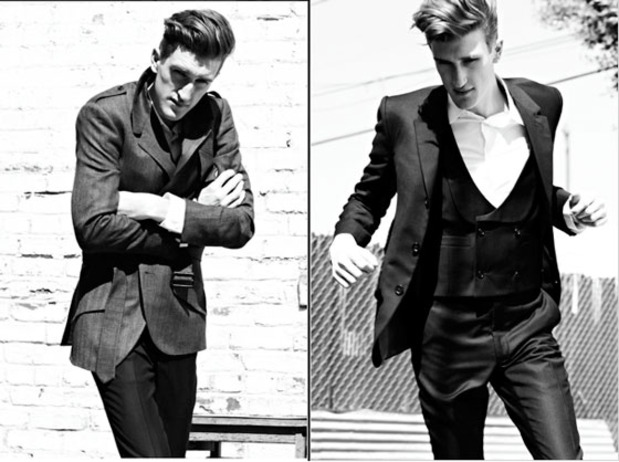 Tell us about the idea for your next collection.
You really have to see it visually, but it was inspired by this Francis Bacon movie. It’s about this guy named George that Bacon was inspired by for about three years. His style in this movie just sparked something off for me, and I started drawing.

Did you do any traditional research before you started?
I’ve kind of been doing research since I was fifteen, you know? It comes form seeing other people, a movie or something random. Now, my girlfriend actually knows how to draw things, so I’m going to give her my drawings and she can flesh them out more. Adding a little feminine touch to the suit seems kind of nice, you know?

When you were younger, did you see style and music as going hand in hand?
Well, when you fall in love with certain bands, you sort of fall in love with everything. Obviously some bands, they have it all—they look the part, the songs are amazing, they play well together. When you’re young, you have the energy to look around for stuff. I had this friend who had great taste in music, and really cool style. I followed him around until I found things that felt like me. 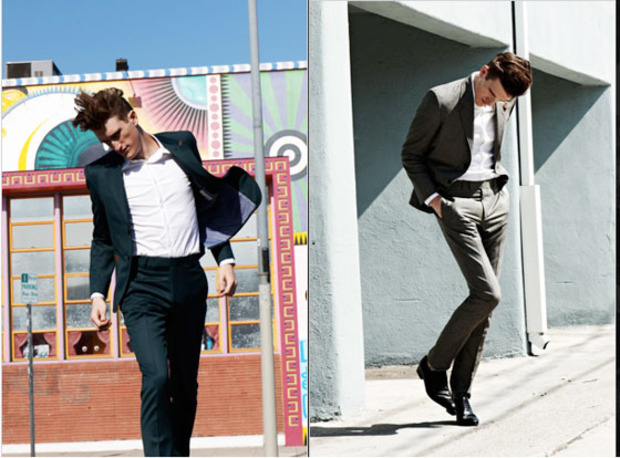 From the very beginning, everyone in the band seemed to have a very distinctive sense of style. Was that a conscious decision?
Well, of course it evolved, but it wasn’t a discussion. I think the thing we spoke about the most was the idea of wanting five personalities to be seen. We liked the idea of pop acts where you know the entire band. Egos coming together, you know.

What do you think about the current wave of sartorial awareness amongst men?
For me at least, it was always really annoying to go to big companies and see the president wearing shorts or sandals or something. You’re the president of a fucking company, fucking dress for it! I just don’t like the idea of a 50-year-old man dressing like a 12-year-old boy. And so weirdly enough it kind of became a rebellion to wear a suit. I just felt like I could never be turned away from anything if I was dressed well, and I liked that idea. I liked how people lived back in the day, when everyone would try to dress well. I’d rather try to make the suit more comfortable to wear than just digress. I mean even in the ’80s guys would talk about it, looking really cool, and then everyone just didn’t want to talk about it. So it’s like well you don’t want to talk about clothes, then walk around naked. That’s the new style, the Adam and Eve style. I should sell people nothing. 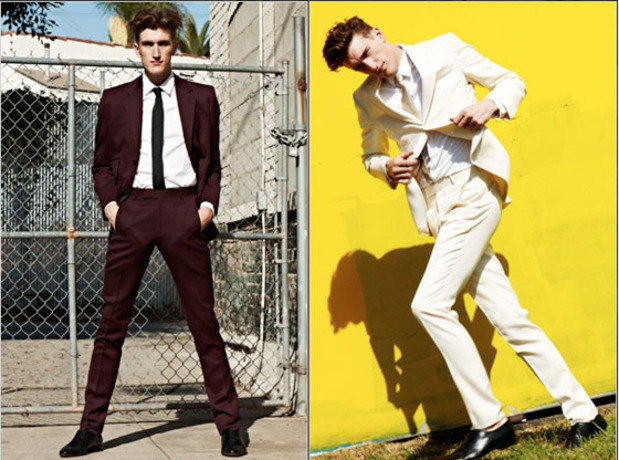 How does it feel to see your suits hanging in the store?
It’s awesome, I went to the store about a week ago. I also got the chance to wear one—I did a little appearance on Gossip Girl last week. I played a song in Chuck Bass’ club and I was wearing one of my suits. I feel like they’re gonna age well, and that’s something that I always had a problem with—getting stuff that wouldn’t last more than a year. I kind of like the idea of a suit aging well, if anything there’s the relaxed feel that is nice.

Do you follow fashion in the traditional sense?
Not at all. I know absolutely nothing, that’s the funny thing. I feel out of the loop with music, films and fashion. People tell me “This is new,” and I’m like oh okay, cool. I kind of just wing it, and I fall in love with something and see where it takes me. I can’t play music and think of all that, it’s too fast. But it’s exciting to see people creating in any field. It’s still inspiring. I actually just saw the Coco Before Chanel movie yesterday. I saw it by myself in the theatre, and when you see movies by yourself you can get into it, you don’t have to have any feelings about the people next you. Maybe I just enjoy Audrey Tautou—she’s fun to watch on-screen, she looks beautiful. Chanel was making this unisex look way back then, and that was just amazing and very inspiring. 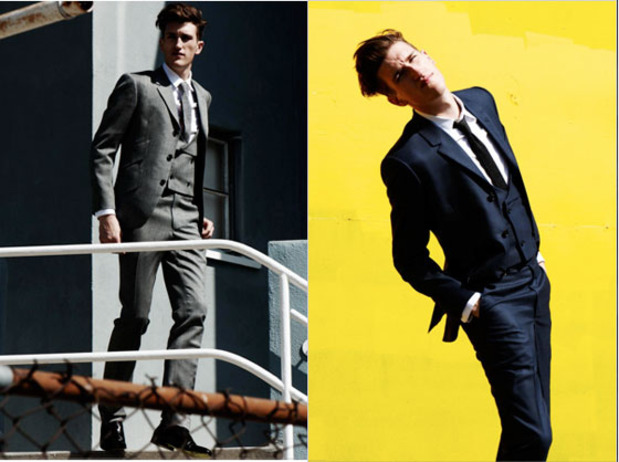