The second day of Bonnaroo is the day you feel the most insane. The first day it's all awe and wonder, and by the third day you have your bearings. But on the second day, it feels like waking up in a carnival fun house. There are bodies everywhere, about a million of them. Some are naked. Some spray pixie dust on you as you walk by. Others offer to pour cold tap water on your head to cool you down. Even if you aren't disoriented by the social hysteria, the multiple event stages are named in a purposely confusing fashion, dooming you to circle around the same homemade drum shop 20 times. It's real freak-time déjà vu. There's "Which Stage" and "What Stage" and "That Stage" and "This Stage," all positioned throughout a campground that's built in huge intertwining circles. If you ever can find the stage you want, hardly any schedules are posted anywhere, so it's still a crapshoot whether you'll see the band you're looking for. 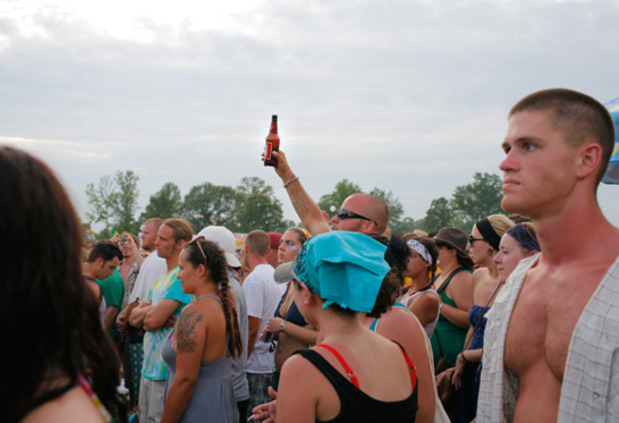 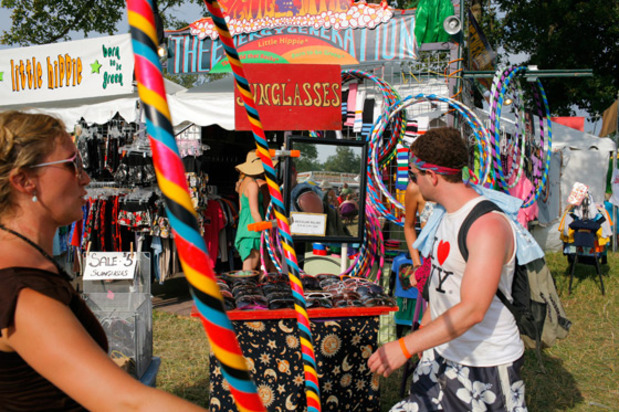 Despite all this labyrinthine confusion, we eventually made it to see The National. The sun was shining hard but the band itself has a deeper, darker approach—singer Matt Berninger even cracked a few jokes about the ill fit of his maudlin music for the positivity of the crowd. He rectified the divide by walking into the audience and let everyone go completely nuts, clawing and grabbing at him in a fan frenzy, like he was a small sacrifice to the party gods. Right next door, She & Him played a much calmer set, their modern honk a perfect fit for the Tennessee-born Bonnaroo. The sugary vibe continued with the Dr. Dog, who refract good energy like a quartz crystal. They kept their sunglasses on for the entire set, and mostly played songs from their new album, Shame Shame. 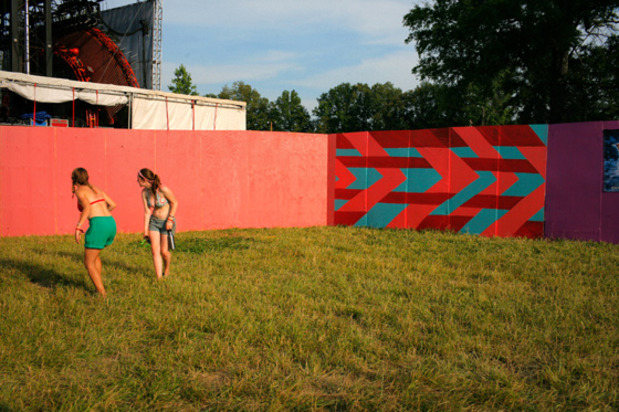 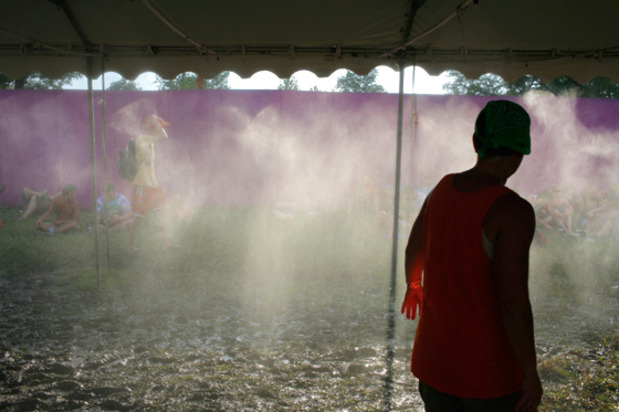 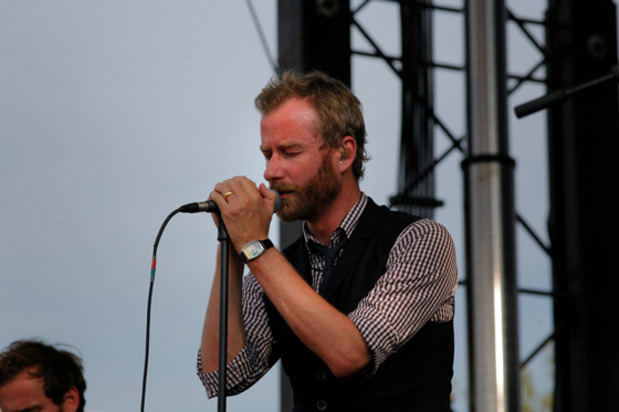 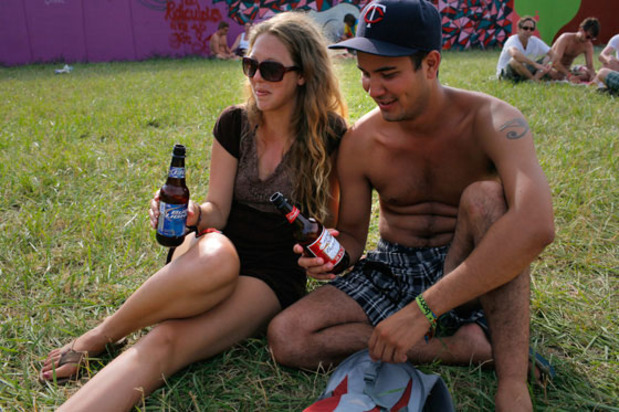 Warpaint and Dawes, two of the newer acts at the festival, played shows at the Budweiser Troo Music Lounge, which was cool because it was smaller and more intimate. Dawes plays great Americana, and the band ended up being so perfectly suited for the down-South crowd that they were unofficially crowned kings of the festival. Warpaint have a following outside the world of Bonnaroo, though it seemed like they were new to everyone there. But they're weirdly jammy, in a way, so they fit right in, playing a long, late-night set that sounded so spontaneous it seemed at least partly improvised. Also, the bassist wore this really good set of Swedish Fish-red long johns. 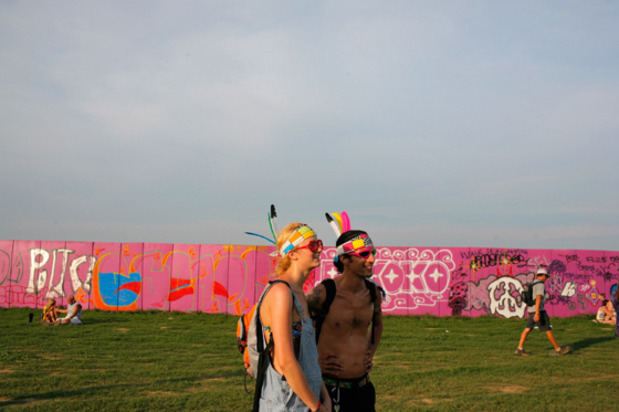 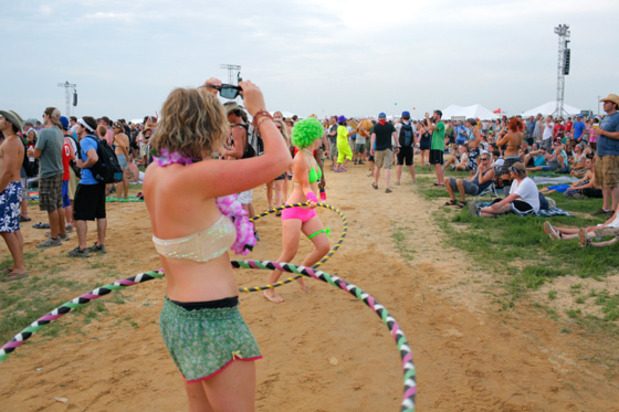 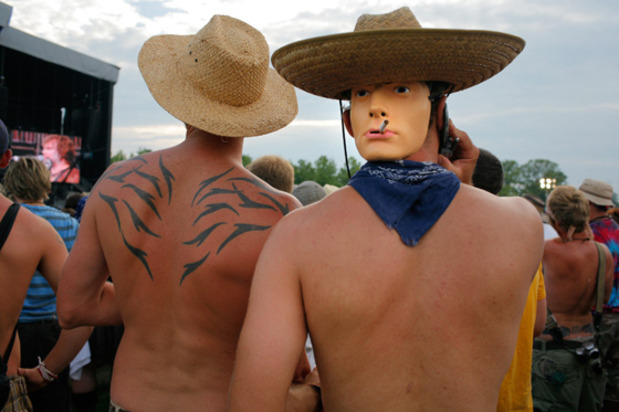 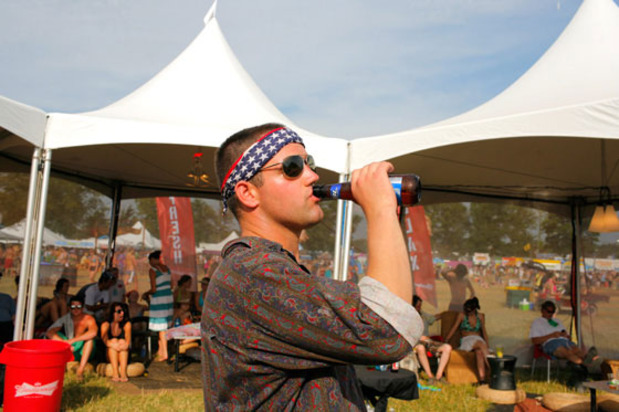 We finished our night with a set from Chromeo and Daryl Hall from Hall & Oates, performing about half Chromeo songs and half Daryl Hall songs. It was basically perfect, three Casanovas from two different eras coming together to seduce the world even harder. Their collaboration on "You Make My Dreams Come True" was maybe the closest we got to a truly sublime experience that day. Digital, synthesized tears were shed! At one point during the set, this guy in the audience shot 30 or so glow sticks into the air with a slingshot, and they came down like hypercolor rain—a perfect ending to a truly psychedelic day. 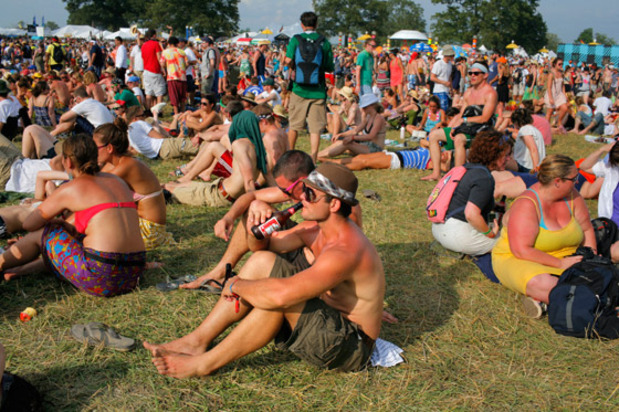 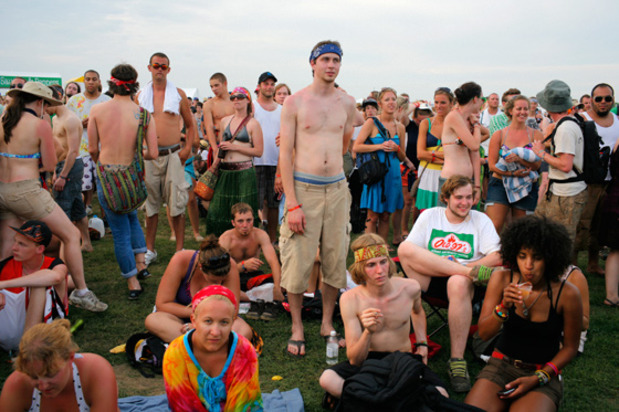 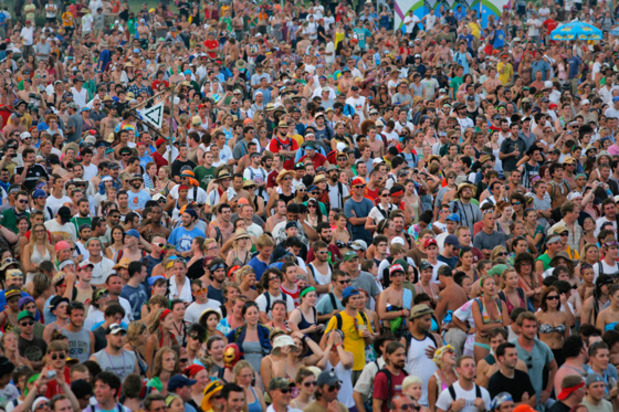 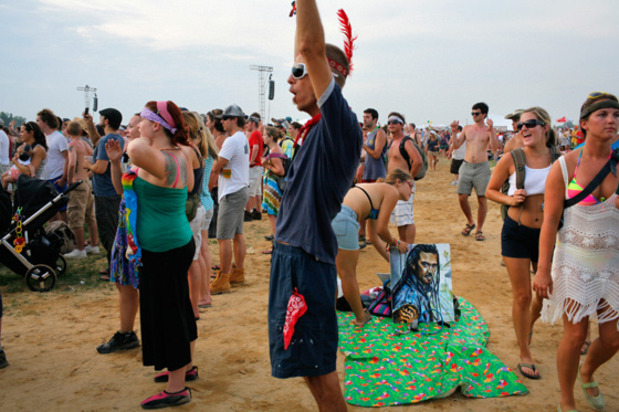 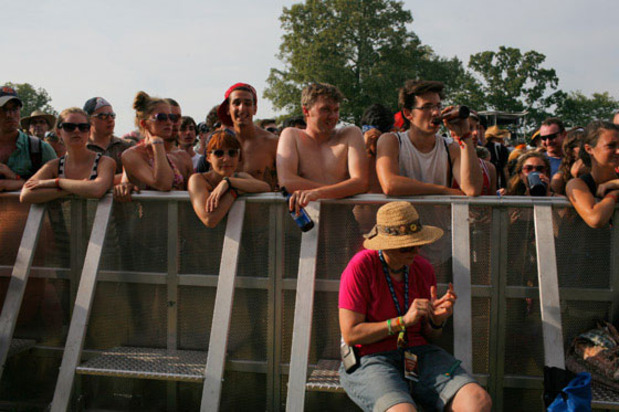 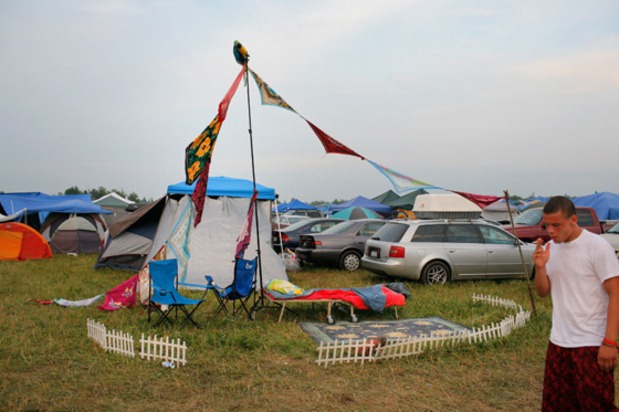 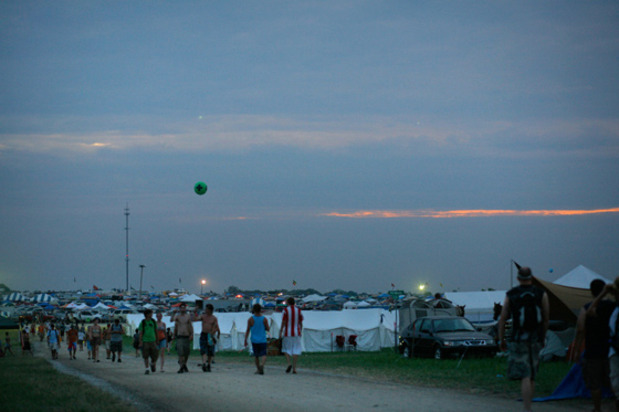 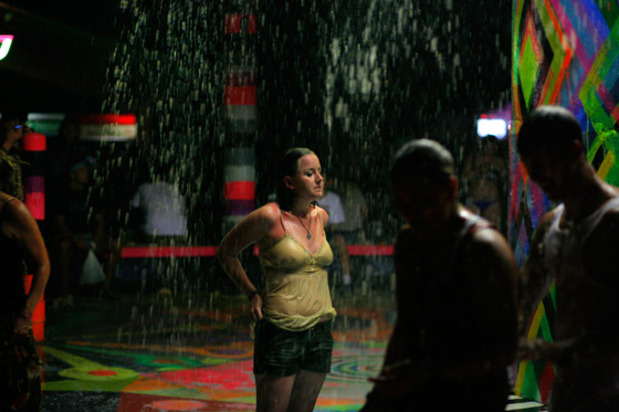 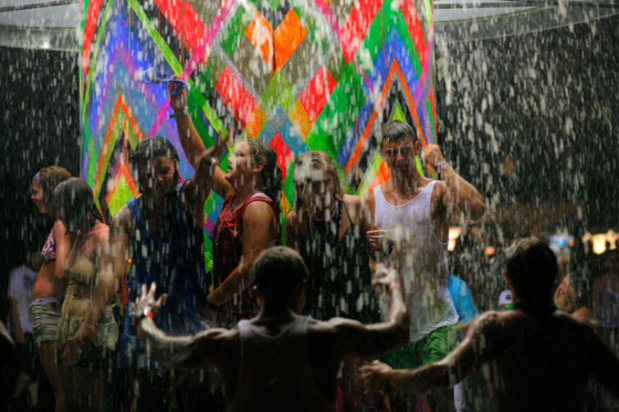 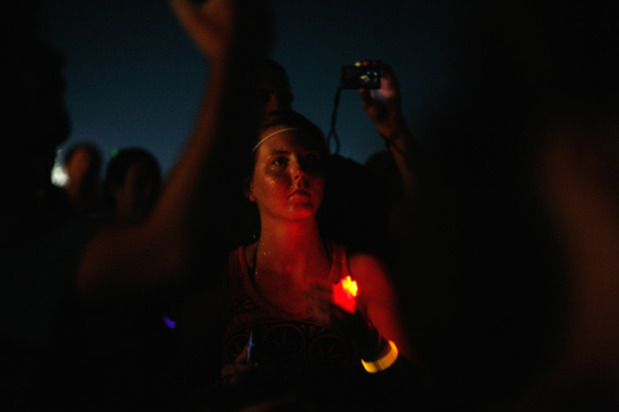 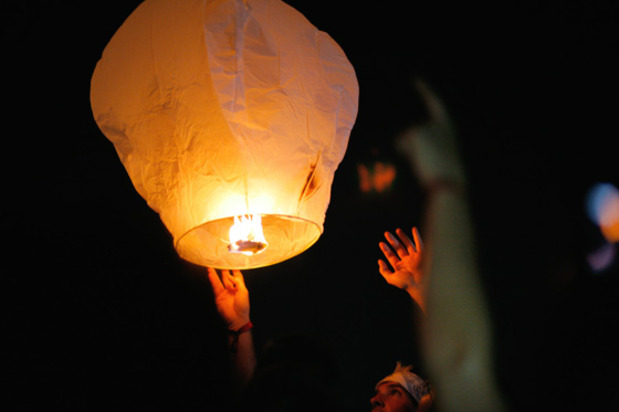 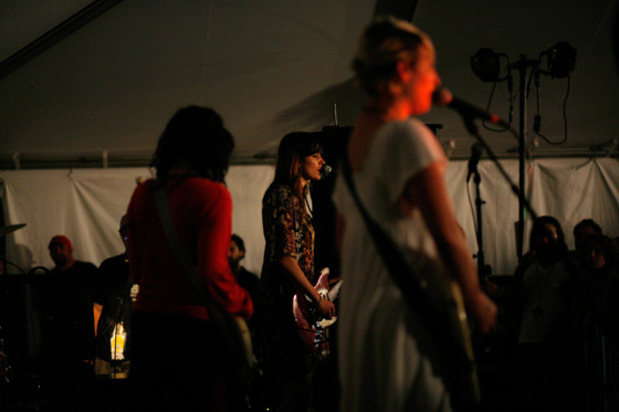 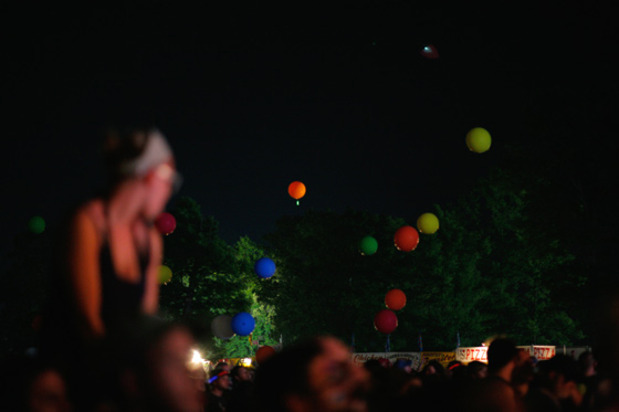