The New York leg of Rock the Bells was on Governor's Island this year, a breezy late-summer setting that time-warped the crowd into the summer of '94, where street festivals/neighborhood block parties blasted jams and people just kicked it on the frequent. And the line-up was commensurate with the vibe: this year the programming was only about the classics, with artists old, new and older performing their biggest albums in their entirety—Snoop did Doggystyle. Rakim did Paid in Full. Slick Rick did Great Adventures of. Everyone knew the words, and everyone was feeling it, but for New York the main anticipation was for late in the day, with special guest/ long-lost lovely Lauryn Hill. 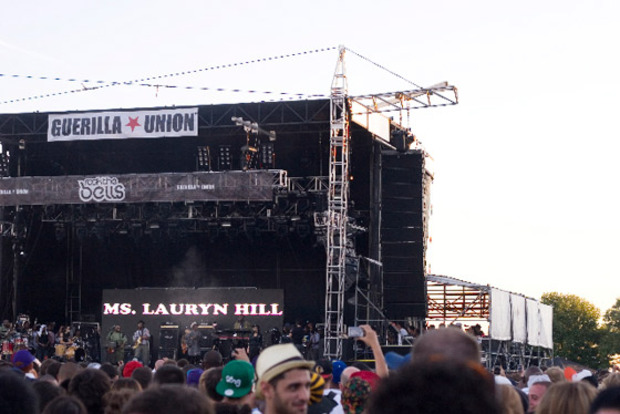 When Hill finally came on stage, she launched into the hits from Miseducation of, but added a confusing, somewhat depressing selection of new beats to old faves. The set straightened out with a traditional version of “Fu-gee-la,” though, during which Mary J Blige, Swizz Beats, Alicia Keys, and Jay-Z made cameo appearances onstage, proving that no matter how long an artist is gone, the bonds of NYC hold strong.

Then A Tribe Called Quest did "Electric Relaxation," obviously:

Those of us from Staten Island hear a lot of jokes about hailing from the forgotten borough—our only claims to fame are, apparently, Italian food and the Wu-Tang Clan. That said, Staten could have no prouder moment than when the Wu-Tang took the stage to do the whole of breakthrough classic Enter the 36 Chambers, with everyone freaking out to “Triumph, “C.R.E.A.M.” and all the rest. And just like '94 in the city... no hand went un-"W"-ed. 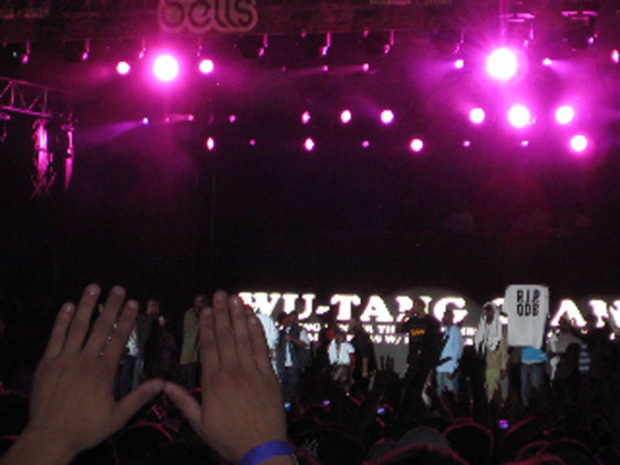