We Played Ping Pong with Some Gorillaz, Also the Hat Guy From 30 Rock

If you think you have seen everything then we are very likely to be like, OH YEAH WELL HAVE YOU SEEN A DUDE WITH A LIGHT-UP SHIRT POWERED BY A BATTERY PACK PLAY PING PONG AT A SUBTERRANEAN CLUB WHILE DAMON ALBARN AND SUSAN SARANDON AND JUDAH FRIEDLANDER AND KANO FROM UK GRIME AND MACEO FROM DE LA SOUL AND MICK JONES AND PAUL SIMENON FROM THE CLASH ARE WANDERING AROUND? And then you will probably say yes, because there were a lot of people, including probably you, at SPiN for the combination Gorillaz afterparty slash next installment of our very own Table Dance series. We have no way to express how much less weird this would have felt if it was just some random non-table tennis related club. Helped along by complimentary Red Stripe and Bushmills, as well as jams from our bro DJ Rezound as well as, um, Maceo from De La Soul, just chilling and playing nonstop hits, we managed to rage until the early hours of the morning before coming outside and being blown away by the line to get in. Can someone make an action movie about this? Can Vin Diesel be in it? Does that already exist? After the jump, check out some photos from the evening. 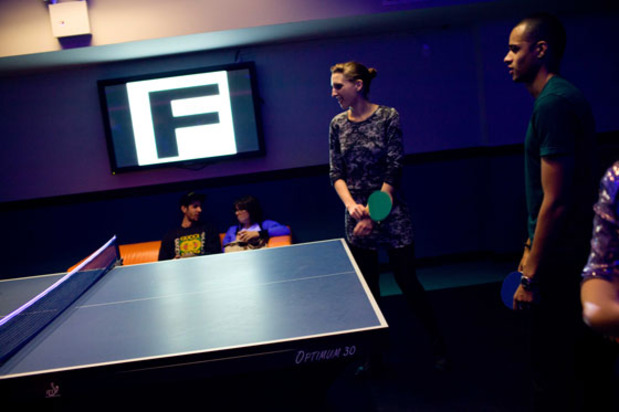 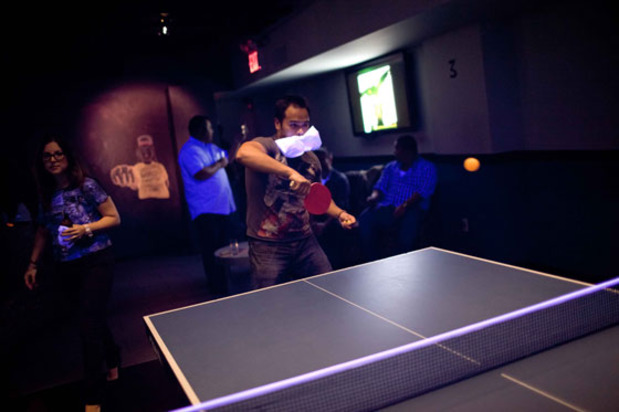 music / News
We Played Ping Pong with Some Gorillaz, Also the Hat Guy From 30 Rock