A couple of years ago, Lindstrom released "I Feel Space," a thesis for the loose genre of "space disco." Yeah, yeah, we know. But it was a sensible tag for the pulsar beat he'd harnessed. Must have taken him 40000 synthesizers (and a coupla hand drums for good measure). Since then, Lindstrom has incrementally inched away from the steady beats and big BPMs, first with his curious, expansive Where You Go I Go Too, which is basically an hour long track (that sounds pretty meditative played at 33—get the vinyl). His most recent release, a collaboration with singer Christabelle, Real Life is No Cool is an ’80s + ’90s pop masterpiece, slinky and crystalline, a little slow and decadent, something for a different kind of dancefloor than he's used to. Lindstrom is stateside for three shows, tonight in San Francisco, Saturday in New York City and Sunday in Chicago. We talked to him from Norway about what what he'd be playing and doing, and how he'd be sounding.


Are you excited about coming to the US? What are you going to do when not in a club?
My schedule is super tough. I will probably get like four hours sleep on Friday, Saturday, Sunday and Monday because I’m doing three shows in three different cities. I don’t think I get time to do anything, but everyone loves walking around New York and San Francisco because it’s very different than here. I’m hoping to get myself an iPad because it hasn’t arrived in Norway yet.

Do you want to produce with it? Or play with it?
I’m going to try using it as a controller for one gig.

I saw that Richie Hawtin has been playing with one, using it live, doing something technical that I don’t understand.
I’m not big with using wireless networks live because things can happen, like wireless MIDI keyboards. I’m just curious, that’s probably the first thing I’m going to do when I arrive.

The last time I saw you, your set was very open. Your most recent record, with Christabelle, is more poppy and it feels more like a band than a producer. How are you going to translate that into your live sets?
Christabelle is not joining me, so I'll have to do the vocals myself. [ed: He's joking] It’s always a problem for me to adapt my material to a live setting because most of the music I’m releasing isn’t club music, like big anthems that trance DJs play. Like “High and Low” and a lot of the poppish tracks on the recent album and different stuff before, I’ve never really played live because nobody is interested in going to a club and listening to 78BPM. I guess I’m trying to mix everything together in some kind of club-friendly way. I’m not sure if it works or if it’s going to be a big failure. Most DJs—and I’m one of the poppier live performers—are just trying to make things as loud as possible and hard, and it may work in certain contexts, but it doesn’t feel right for me to do that. What I’m doing is a little bit to the left of what people are expecting. But I just have to whatever feels right to me. In some ways I don’t really look at myself as a DJ anymore because I’m always performing my own music and it’s more like a live DJ performance thing. If people want to dance that’s fine with me, if not that’s also fine with me. My audience has been changing since when I released my Feedelity 12-inches and after working with Smalltown, it’s much more people listening to both club music and rock music. No matter what kind of music, if it’s good music it’s going to wider, at least that’s the feeling I get. In the end, I just have to go on stage and do my thing. Hopefully people will like it. 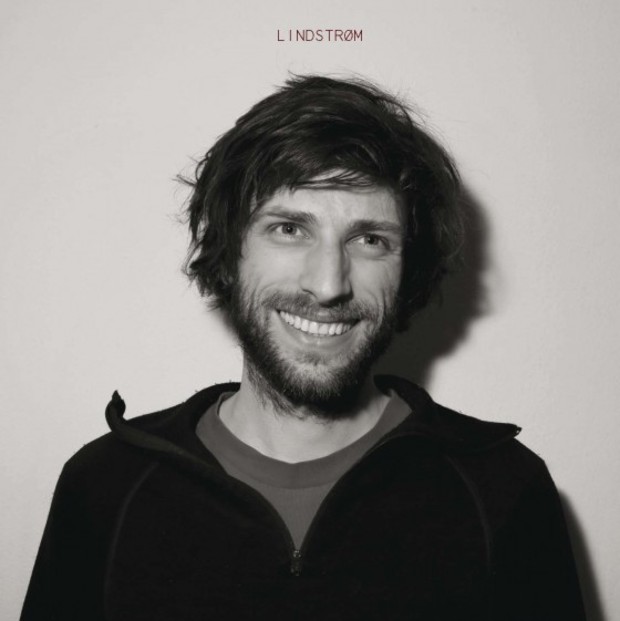 Five or six years ago there was an XLR8R story you were in about the of Norwegian space disco scene. That's a sound you have somewhat departed from. Did that scene ever exist? Or was it created by journalists?
We’re more or less friends here in Oslo and Norway. We have been inspiring each other over the years. I don’t know, it’s like that always when somebody gets some exposure somewhere where people think, “Maybe if I do something similar I can get some exposure,” and follow them. More people do that and it becomes sort of sound vibe in a country or city or whatever. But it doesn’t really feel like a Norwegian scene, everything is made up by people like journalists or magazines. I don’t mind, it sounds interesting and something good might come out of it but it can also destroy, like what happened with electroclash and countless other scenes popping up killed by journalists right at the beginning. But that’s none of my business, I just make music I like.

Hearing your music in a Cadillac commercial leveled out any weirdness, like it’s all pop music.
When I first saw that I was like, This doesn’t make sense, it doesn’t fit. It’s displaced or whatever. It’s some kind of music people have been putting on as a joke or something because it just doesn’t fit. Then again, some people from the outside think of this as perfect. I will never ever get the feeling that it fits when they cut and paste and add some kind of swoosh...it feels so wrong in a way. I guess it’s a way of surviving in the music business these days. I realize a lot of people are faulting me for doing that kind of stuff but one of the good side effects of having music in a commercial is there might be people out there who wouldn’t get the chance to listen to the kind of music otherwise. I’m not making music for the underground or a certain kind of people. When I heard there were trance DJs playing “I Feel Space,” I was like, Yes, this is so good. I was never trying to reach out to trance music and I really like when the music has some kind of crossover potential. I really like when the music is accessible and weird at the same time, this tension like it’s music and good or cheesy and bad or whatever. When I made the Christabelle album, I was trying to do something mainstream. I really like that kind of pop, it was the kind of music I grew up to listening to the radio in the ’80s and that was my main musical education. I just wanted to combine that kind of perfect pop music with some weirdness and mix it up in a way that sounds exciting. I’m not sure if I succeeded but my mission of the album is it could be even better if in two more years I replaced the songs with something else. But I’m happy, you have to move on and do something else.

Do you know what that is yet? Are you making another record with Christabelle?
Well I’ve been enjoying doing collaborations with people, after that I’ll do something on my own. I really need to be alone after working with someone else, it’s important for my inner balance or something. It’s not always easy to work with other people.