Around the World With A-Trak: Magic 8-Ball Tour, West Coast and Canada

Ladies and gentlemen! Watch the official recap video for the whole Magic 8-Ball Tour, above.

Straight up, the West Coast leg felt like a victory lap. Our sets were in tip-top shape after a couple weeks on the road and the crowds out there were some of the warmest of the whole run. Full of chutzpah. The tour was supposed to end in San Fran but we decided to extend it with one last weekend in Eastern Canada, moving the Montreal date and adding one in Toronto. Those last two dates were without Kid Sister and Gaslamp Killer, though. 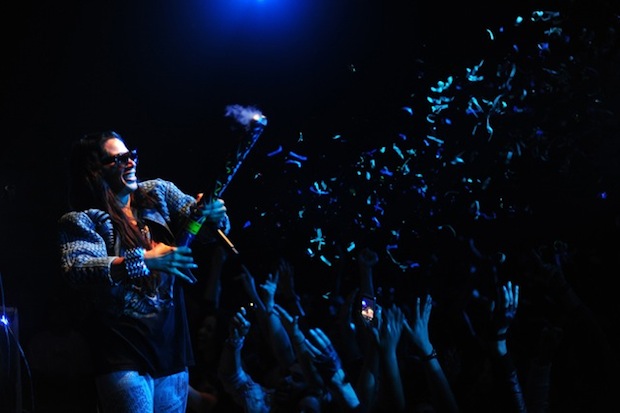 We started the assault in Vancouver. I’ve always wanted to play the Commodore Ballroom, and I was so glad to finally do my own show there. I arrived a day early and needed some R&R. After 4 weeks on the road my body was wrecked. Yoga was the remedy (#norussell). Touring really makes you aware of the mechanical aspect of the human body. Once in a while you need a tune-up. The Vancouver show was one of the best of the tour. We roamed around town looking for something to do, I ended up at someone’s house and got to bed in the wee hours of the morning. And when I say bed I mean bunk on the bus. 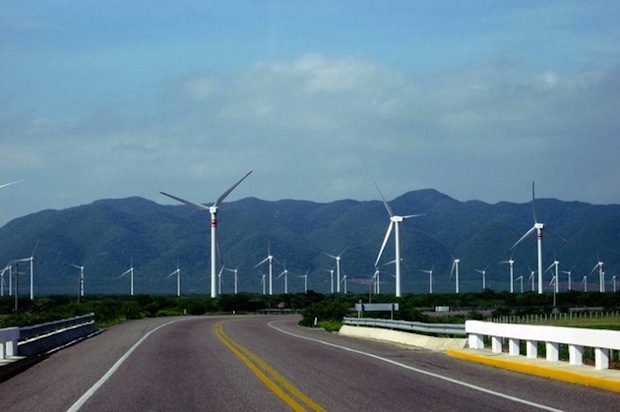 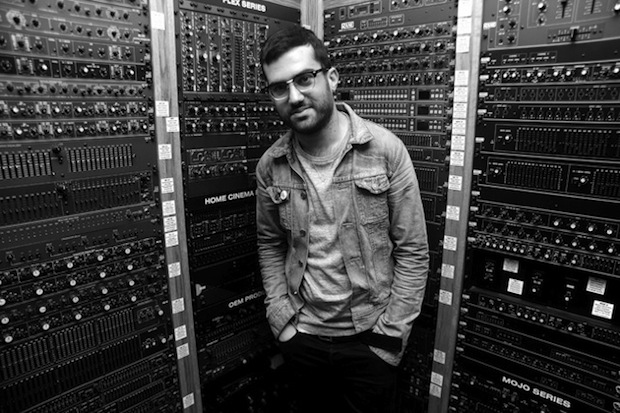 We drove down into the U.S. of A. and after an hour or two of sleep I had to crawl out to cross the border. On our way to Portland we went to visit the Rane headquarters in Mukilteo, WA. I remember it was so hard for my body to accept that it had to get up again. The Rane guys are old friends though so it was worth the effort. For those who aren’t familiar, Rane is the company that builds DJ mixers and they also build the hardware for Serato. I got a tour of the compound and a sneak peak at what they’re developing next. They took me to the big room where everything is built by hand and a nice (older) lady showed me how to build a crossfader. The Portland show was at a new club called Branx. That show reminded me of the Atlanta one: low ceilings, very sweaty, pandemonium. After the show we went to the famous Voodoo Donuts and I got one with a maple glaze and bacon. 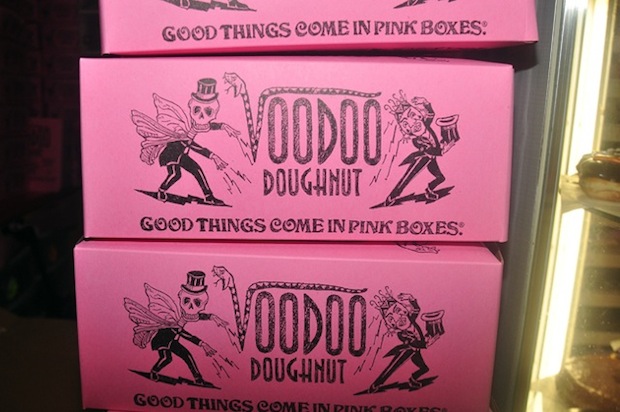 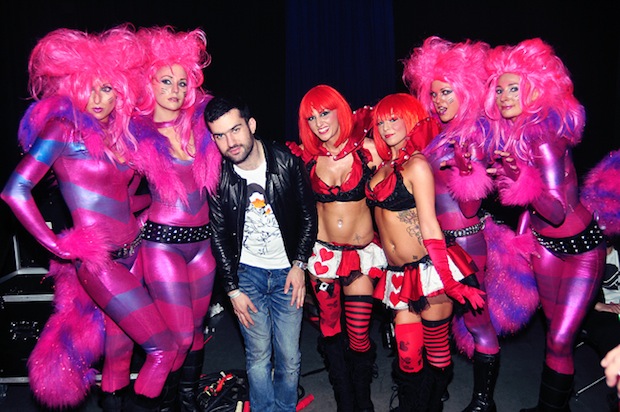 In Seattle we were part of a much bigger event called Beyond Wonderland, which was basically a rave headlined by David Guetta. We had our own stage though, shared with homies Craze and Datsik. I like when we play bigger venues like this, because the “A” looks even more impressive. The fact that people came dressed up like fairy goats just spiced things up. We got to San Francisco and were all so surprised that it was already the last show with the whole crew. An amazing show. 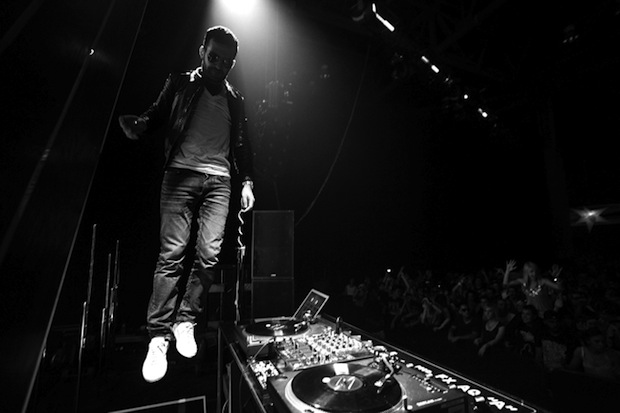 This whole five-week stint down the West Coast flew by in a flash. We were all thinking about the things we DIDN’T do. We never watched a movie on the bus. Didn’t do much reading. I can count on one hand the amount of times we went out to after-parties. All we did was travel, sleep a bit and do shows. But the shows were amazing. Two years after the 10,000LB Hamburger Tour it felt so good to get back on the road, zigzagging our fair continent and meeting our fans face-to-face. I spent so long at the beginning of the year preparing for Coachella and this, conceptualizing the new stage show, coming up with new routines, rehearsing—this is what it was all for. Not that it’s really over! Now I can take the show to the rest of the world, starting with Europe this weekend. 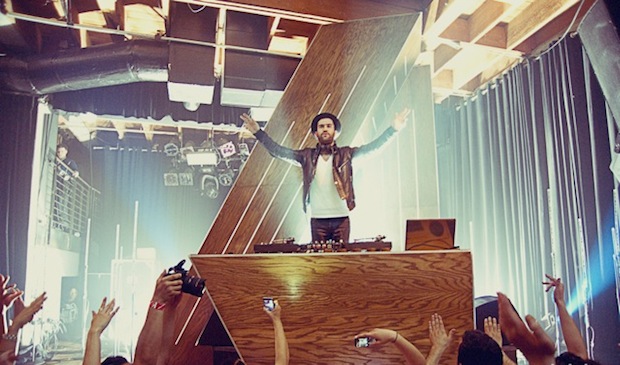 But before all of that, I went home for a few days and then did the last two shows by myself in Montreal and Toronto. The Montreal show was on the day the world was supposed to end! May 21st, the apocalypse. That gave me some good subject matter for some banter on the mic. You know, like “they said the world was going to end today! But we’re here!” I felt like a preacher. My brother came up to Montreal for the weekend too, so he and Pee were at the show, and interestingly enough, so was Tiësto. Afterward we went to get poutine because Kirill had never tried it. Then finally we went to Toronto the next day. That show was part of a bigger festival at Guvernment. We talked about how long that super-club's been around—I think it’s been open for 15 years. I don’t know a lot of clubs that can boast that. They set up an outdoor tent to fit my “A” and the tour ended gracefully. 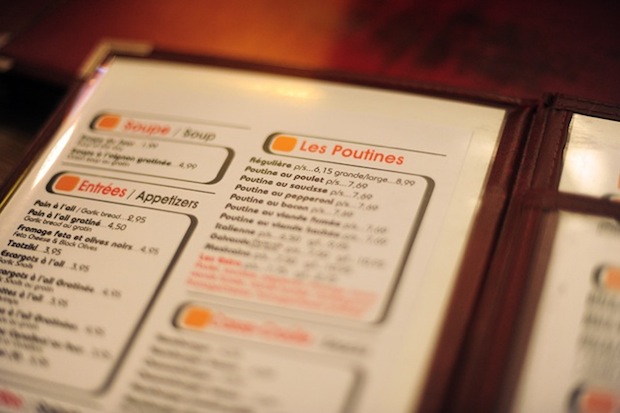 To everyone who came out to one of the shows, thank you. You make it all worthwhile. 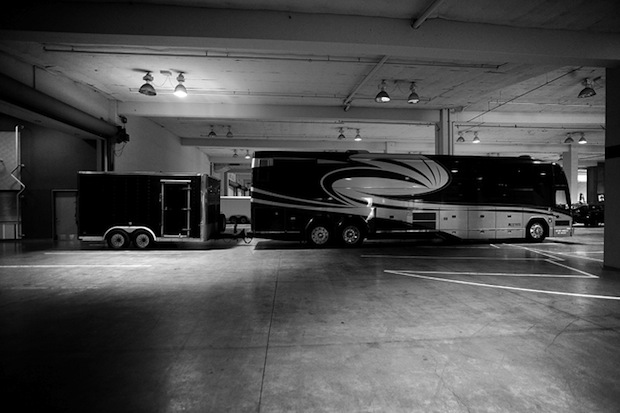