So much fun in Detroit last night at vitaminwater uncapped LIVE. DJ Polo started things off, dropping Eminem as the first track, a fitting choice since the night's venue The Shelter was where Mr. Mathers had his first show and where they filmed the final battle in 8 Mile. Local lore! Backed by DJ Devo, Stretch Money caught the crowd's love on his first song, and he responded in kind, jumping down into the audience for the next one. Guilty Simpson missed his original flight from Vegas, but managed to catch another, leaving his DJ behind but making it to the show just in time. Fortunately, he found his dude Slaughter in the crowd and enlisted him to man the decks. Before headliner Danny Brown closed the show, a late line formed at the door in anticipation, stragglers and Motor City folk cramming The Shelter to get a look. Backed by Drumma B, the hair king did not disappoint. Thanks as always to Heineken for hooking up the open bar, and special thanks to local sneaker joint Burn Rubber for showing support. 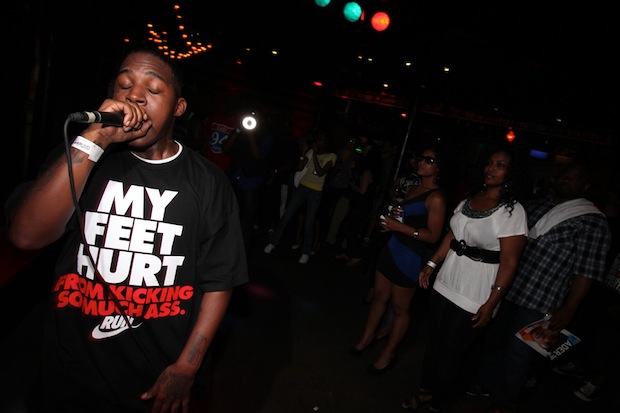 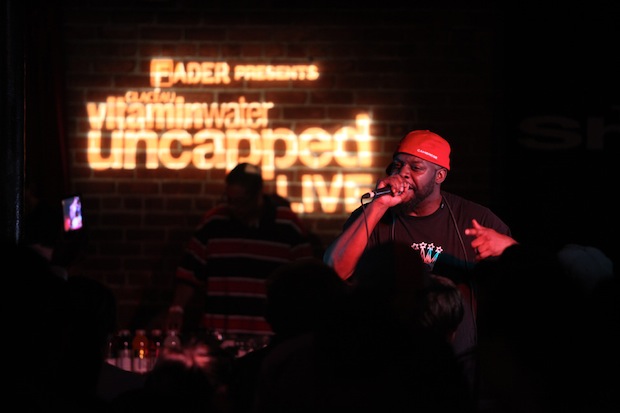 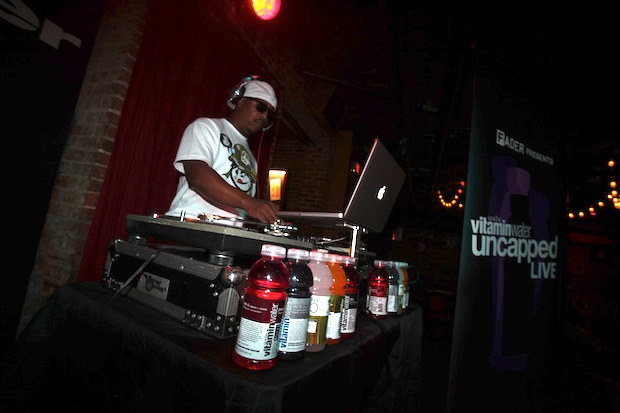 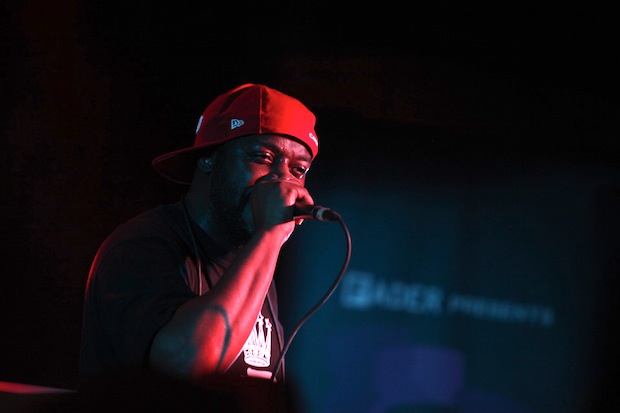 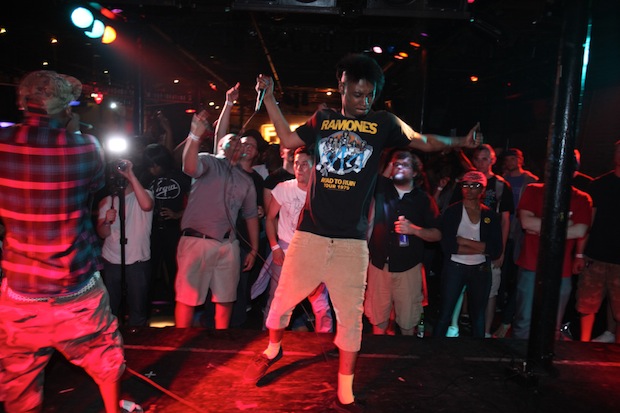 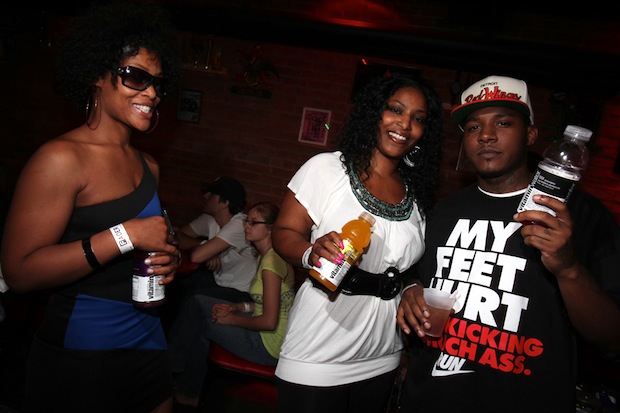 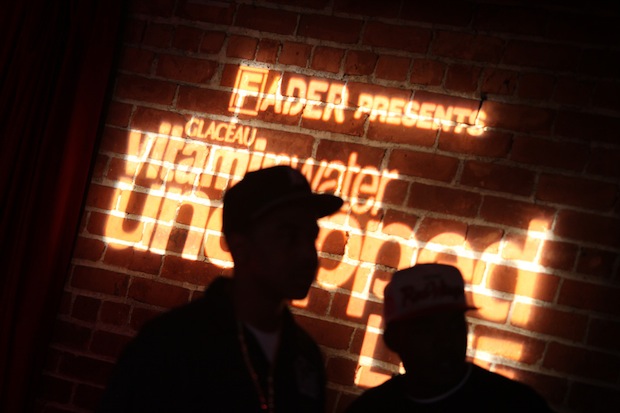 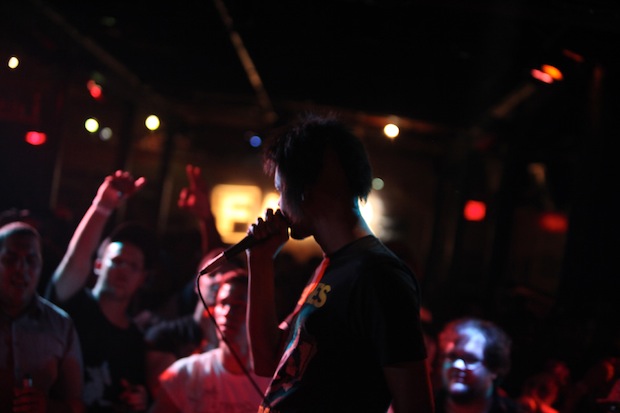 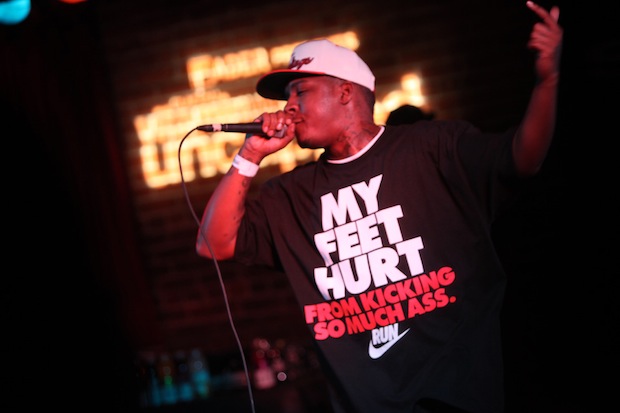 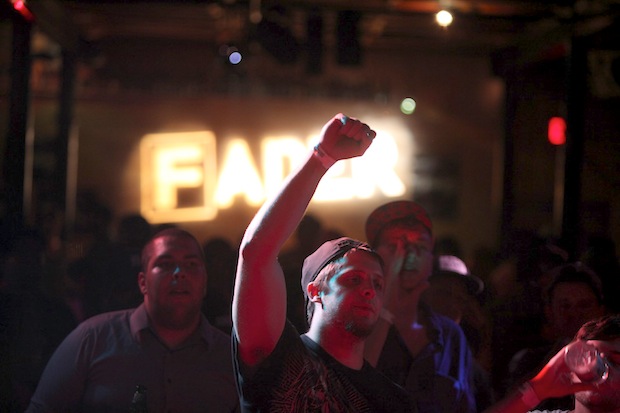 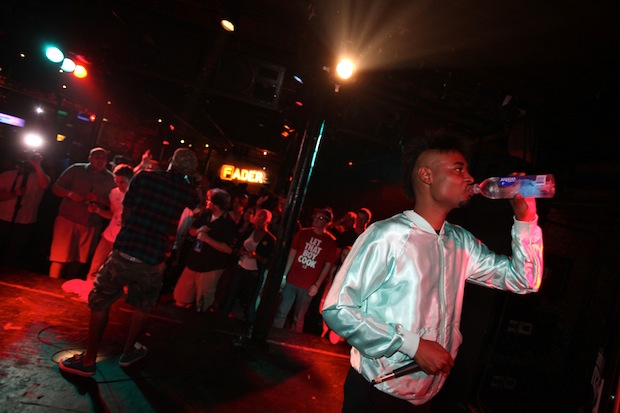