The thing to do on the hottest night in the history of 2011 (except today—ED.) so far was to board The Star Of Palm Beach, a two-story Bat Mitzvah yacht packing black lights, heaped on greaseball buffet food and Christina Ricci (allegedly), for a reckless abandon dance hour with Gang Gang Dance and all the best chicks. Man, it was really so hot you couldn't stand it, like honest to god rivers down your back all night and a scene in your crotch and ass area that nobody should know of ever. "It's the same as being inside a jacuzzi," smiled a foxy sexy blonde actress supermodel type, "but God, it's SO fun!"

And Gang Gang Dance was ripping this nasty Lionel Richie drug funk. Dripping and rolling their eyes back and pulling the audience in with them, not giving a fuck that half of us were drunk girls standing on their cables and knocking down the hi-hat at peak jam to give everybody hugs under a glowing POSITIVE ENERGY logo. And dude (sorry), you really should've seen how the room lost it when they stomped back in out of the big break on "Mind Killa." Every arm up, every pit screaming animal death stink, actual EKG electricity tearing the night's throat out. 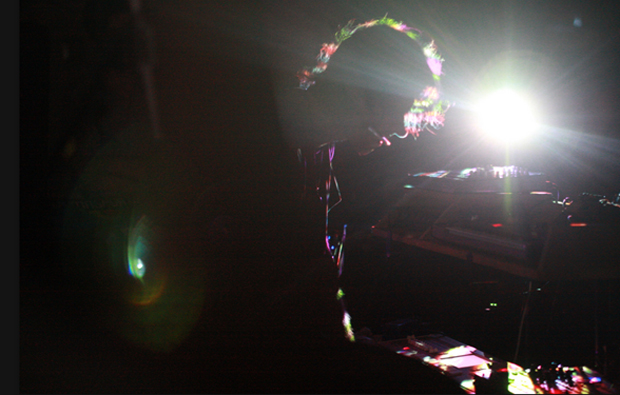 It didn't feel like Brooklyn on a boat or the popular meaningful band Gang Gang Dance playing, so much as it felt like Cuba and international waters and like you were gonna turn around and see Lizzi Bougatsos in a three foot tall hat made out of fresh fruit loading a machine gun. Actually, come to think of it, you know what it was like? Too hot and the most fun. Like being inside of a jacuzzi. It was so rad. I wish you went.

Report: Marilyn Manson is no longer nominated for Best Rap Song at the 2022 Grammys