Diplo, budding fashionisto, appears this month in GQ in a six-page spread all about turtlenecks. In 1996, Tom Junod wrote a National Magazine Award-nominated piece for GQ called My Father's Fashion Tips. In it, he repeated the inherited mantra, "that the turtleneck is the most flattering thing a man can wear." Specifically he argued,

Anytime my father wears a turtleneck, he is advancing a cause, and the cause is himself...The turtleneck is the most flattering thing a man can wear because it strips a man down to himself—because it forces a man to project himself. The turtleneck does not decorate, like at tie, or augment, like a sport coat, or in any way distract from what my father calls a man’s “presentation”; rather, it fixes a man in sharp relief and puts his face on a pedestal—first literally, then figuratively. It is about isolation, the turtleneck is; it is about essences and first causes; it is about the body and the face, and that’s all it’s about.

So! Is fall 2011 all about wearing Kodachrome ultraluxe fine gauge or is it about Diplo's great body and face? Does Diplo look better in lilac, vibrant flame or elderberry? Which GQ staffer who loves Diplo's 2007 I Love Turtles mix figured out this joke was a good idea first?

The reaction tweets are predictably mixed but skew positive. A self-described "expert bedazzler" who (just guessing) wouldn't mind boning Diplo says tight high sweaters are #sogay, a DJ startup says Diplo "runs the world." After all, the turtleneck is the most flattering thing a man can wear. Diplo's position is firm: "As long as people pay attention, like, Fuck this guy, at least they know who I am now." 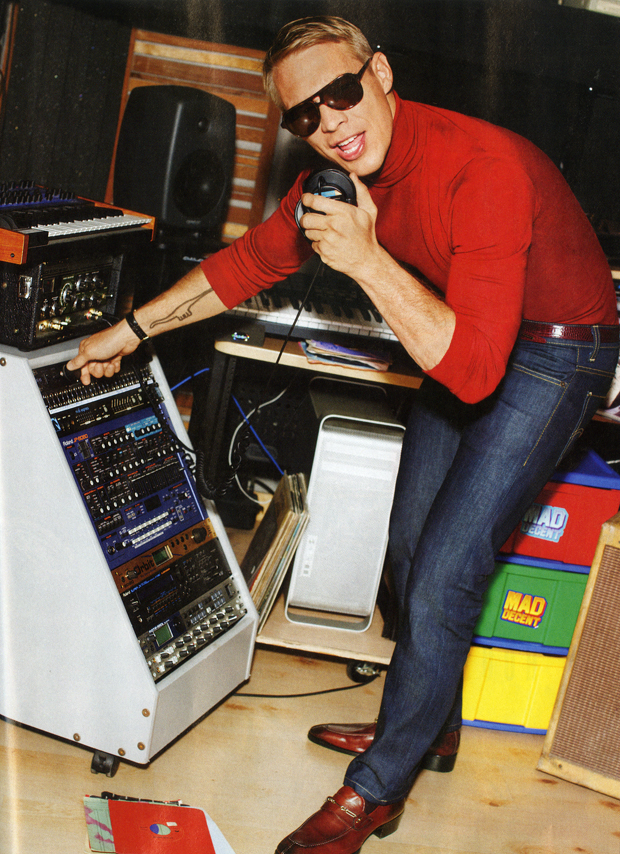