Beyond Digital: Visiting Morocco to Listen Up Close

This summer, FADER’s photo editor John Francis Peters and I, along with a handful of other artists, spent a month in Africa working on an art and research project called Beyond Digital Morocco. As DJ /rupture, I’d followed North African music for years, and had a heap of questions that no amount of online research could answer. (For example: Moroccan artists—particularly Berbers doing otherwise traditional music—have embraced Auto-Tune longer and with more enthusiasm than their counterparts elsewhere. Why?) Radiating outward from Casablanca, we interviewed musicians and fans, collaborated on songs, took photographs and video, staged a concert and discussion, and visited the many spaces where new music flourishes, from high-end recording studios to rooftop jam sessions in a thicket of satellite dishes.

Beyond Digital is an ongoing project: we continue to upload video shorts on beyond-digital.org. The musician Maga Bo who traveled with us is about to release a free EP and percussion sample pack. We’re presenting the project in Tangier this September, and in October, I’m giving away a suite of music software tools called Sufi Plug-Ins.

For every week we spent in Morocco, John and I contributed a photo essay on TheFADER.com. This excerpt comes from our final post, co-written with Maggie Schmitt. 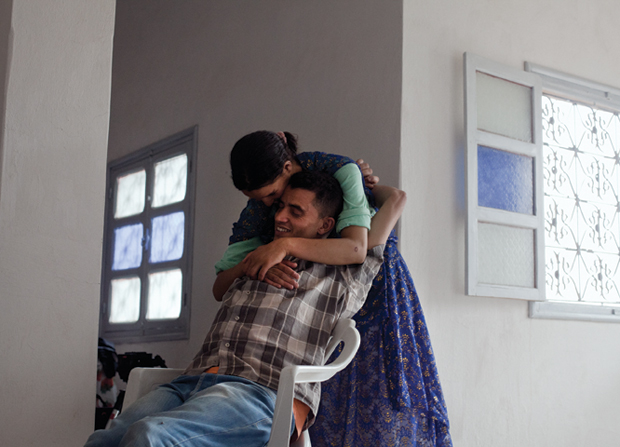 Breezy city, sun-scorched desert, deliriously beautiful mountain peaks—Morocco’s countryside is both expansive and compressed, filled with stunningly varied landscapes unfolding one after another. Driving through it feels like crossing into a new country and climate every 45 minutes. After three weeks in Casablanca, we set out on a ten-hour drive south. Hassan Wargui, a forward-thinking countryman scaring up work in Casablanca, had invited us to visit his home village of Issafn. We’d spent a lot of time hanging out with Hassan’s band Imanaren, but always in the chaotic city of five million. Hassan wanted to show us the other side of his world.

Issafn is empty adobe houses crumbling back into the rocky terrain and newer self-built cinderblock palaces which line a sliver of green—date palms, figs, monstrous olive trees—gathered around a riverbed that’s walkable, barring flash-floods. Ten years ago Issafn had no electricity. Power lines were strung when the new king came to power, and now local hip-hop crews post online videos of themselves rapping in the Berber dialect of Tashelhit. Hassan and his buddies put together an hour-long DVD (whose genre-scramble seems inspired by Bollywood’s action-romance-spy-comedy-melodrama-all-at-once attitude) that they shot in the hills. The women still haul water up from the creek predawn, and the cybercafe sign has been around so long that it’s nearly rusted out of legibility. What’s going to happen in the next decade?

Walking around Issafn, we are the aliens. Most of our crew doesn’t speak Arabic or French—not that those would help much. Tashelhit is the first language of everybody else here, and many of the older generation don’t speak Arabic. So communication turns into gestures and patience. We learn that the Berber term for beetle is iguiliguiz, a word impossible to pronounce without smiling. We learn that a magic bird named Baz taught people in this land how to make music. We learn that honeycomb and homemade almond paste and olive oil and round bread is the best breakfast ever. 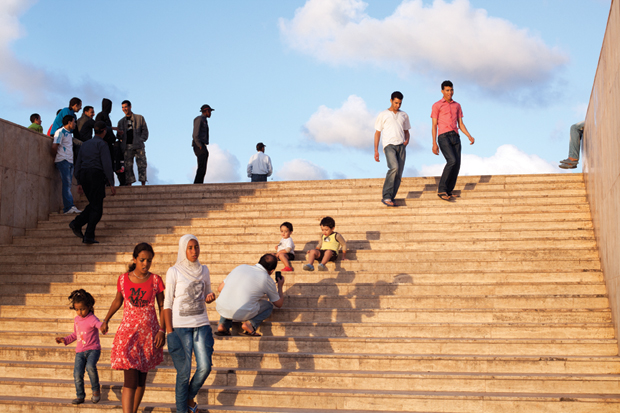 These village boys in the big city, would they go back home? Hassan says he would love to, but to make music he has to be in the city. His father, who sings the call to prayer from the neighborhood mosque and is impish with us gawky strangers, won’t hear of profane music. Hassan and his friends are not the first who have gone to the city looking for work but also for more creative license than the cave down by the river—their rehearsal space—provides them.

It’s not just about the music. If you live in the village, you live by village rules. No music and, says Hassan, no romance. Issafn’s electricity generation swoons over Bollywood video-CDs and cultivates a parallel fantasy life of whirlwind passions while families nudge them towards arranged marriages (so much more reliable!). From Casablanca’s clamor you can feel nostalgic for the ways of the village; once you’re actually there, you mostly just feel oppressed by them.

We leave on the third day. This rare vacation—from the internet, from the city, from cars and the sounds of cars—has to end. A few hours before we leave, Hassan’s father finally asks us: What are you doing with all the cameras and microphones?

Issafn clocks are back one hour from most of Morocco. On return to Casablanca, neither Hassan nor half our crew realize this for a few days, so we show up late everywhere. The village pulls you into its sense of time. The city pushes back. It is filling with people from the hungry countryside. Casablanca is an engine. Over beer at our local dive, a Muslim woman tells John about how the Koran anticipated the fundamental theories of quantum physics. Somebody selected “DJ Latino—Cumbias” on the jukebox after Metallica and it wasn’t us. When the phones ring they don’t ring, they play techno. We believe in the magic bird that taught us how to make music.

music / News
Beyond Digital: Visiting Morocco to Listen Up Close