Live: Questlove, The Walkmen at Captain Morgan’s Step Into the Black Party

Last night, as part of an events series that will be unfolding throughout spring, Captain Morgan celebrated the release of their new Black Spiced Rum with a fittingly pirate-themed affair. We were led down some winding rickety stairs to a whitewashed holding room, festooned with novelty swords and hostesses dressed in Victorian ball gowns. There were some delicious rum-champagne cocktails on deck, served next to treasure chests and the occasional plastic bone. Once in the main room the crowd got hyped with a set from the great Questlove. The Walkmen descended from a staircase about an hour later, looking all grown in blazers and wedding rings. They seemed focused, effortlessly so, delivering their upbeat melodies with the words "choose adventure over convenience" spray painted on the wall behind them. Several drinks in, the crowd was happy and wavy and some fans in the front danced up a storm. When Questlove came back on for his second set, and Lil Weezy's "6 Foot 7 Foot" momentarily cut out, people broke out chanting "go Questlove go Questlove go" in full support. 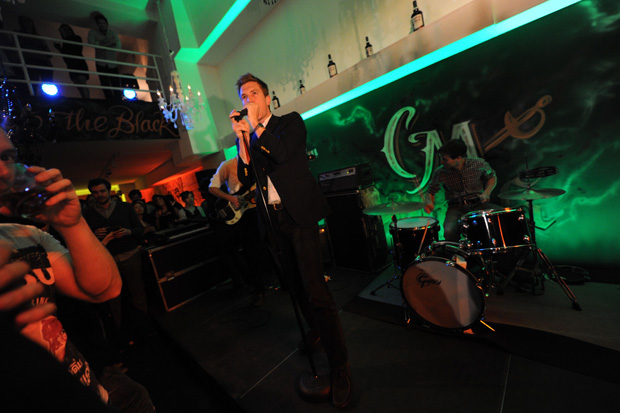 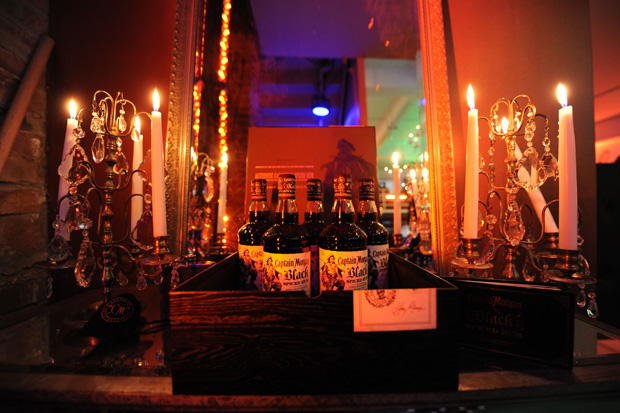 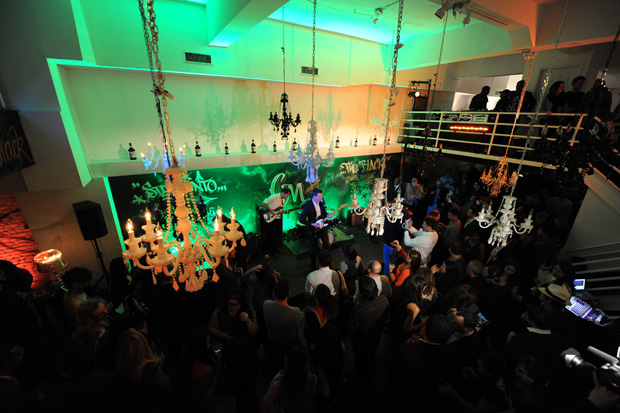