Earlier this week in New York, Red Bull Music Academy took over the City Parks Foundation's outdoor SummerStage, with performances by AraabMuzik, Teengirl Fantasy, Flosstradamus and Nick Hook. Onstage, the duos were especially tight: the Teengirl boys communicated only through expressionless, silent glances, and Flosstradamus' two DJs wore matching Fool's Gold apparel—twin hats that said "illegal" and hoodies emblazoned with "banned." At opportune moments, a man in the crowd held up a homemade sign that said "Damn son, where'd you find this!?" AraabMuzik headlined, with a typically frenetic set of aggressive EDM, his fingers a hazy motion-blur over his drum machine. The sun had set over the bandshell, and an LED screen on the DJ booth twisted its pixellated shapes in time, bathing the crowd in reds, yellows and blues. 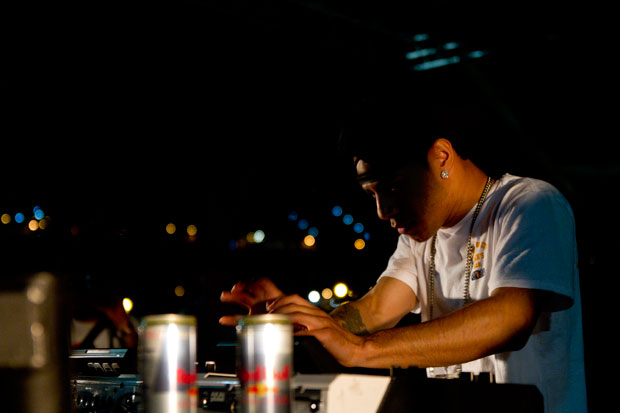 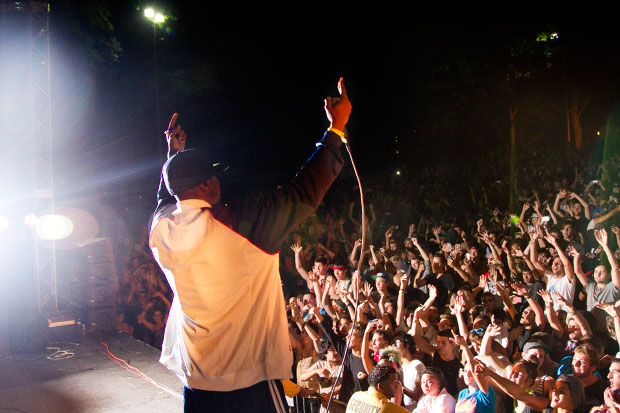 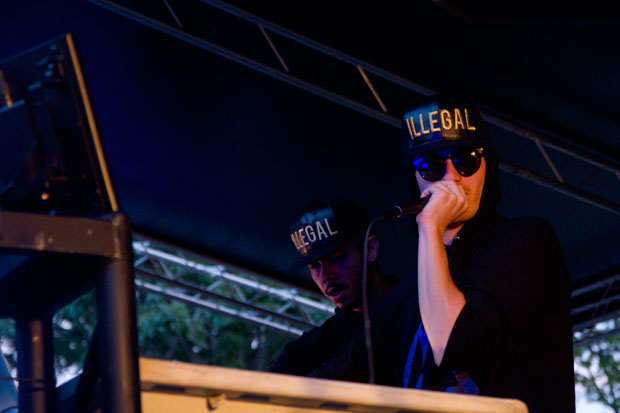 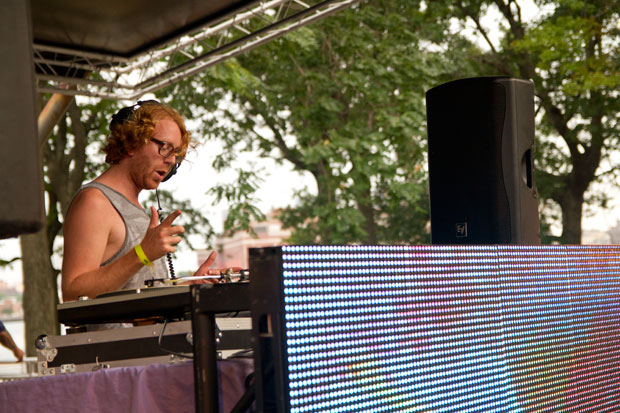 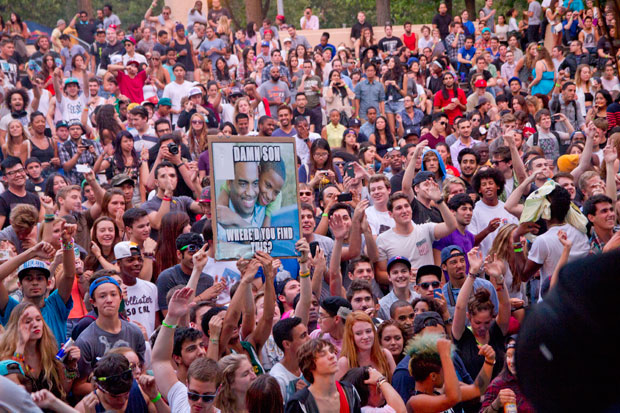