By 5PM last Sunday, the halfway point of Afro-Punk's Day 2 schedule, the entry line to the festival stretched around three entire sides of Commodore Barry Park in Brooklyn's Fort Greene neighborhood. Unimpeded by any sort of security screening or attendee registry, the line still moved slowly enough to prompt ambitious teenagers on the far side of the park to scale the fences like baby Seal cadets, extra careful not to catch their accessories on wrought iron fence posts.

The previous day had seen the likes of Yaasin Bey (fka Mos Def) guesting in Erykah Badu's headlining set and some 2000 hopefuls turned away at the gate, so Sunday wasn't about leaving things to chance. The line though, like the grounds, hosted some of the most beautiful and and fashion forward women of New York City, most, if not all attendees, pushing rock star style to it's limits, an inordinate amount of home-altered denim and septum piercings bouncing around the park. And bounce they did, most excitedly during time-filling sets from the famed Grits & Biscuits party DJs E.Z. Mo Breezy. For a crowd drawn to what the festival bills "The other Black experience," the audience really seemed to enjoy the mainstream Black experience, putting on for extended bouts of 2 Chainz and Rick Ross. 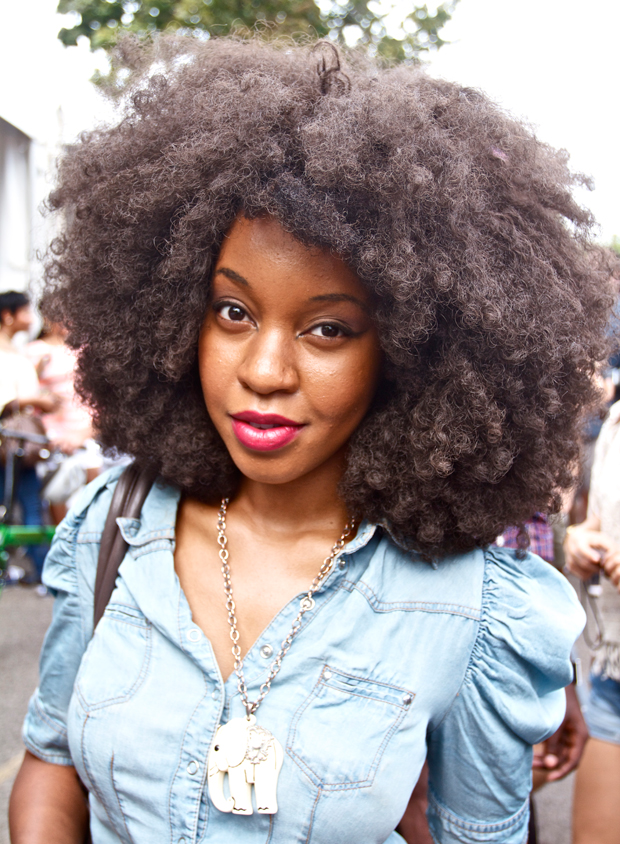 On the main stage comedy weirdo Reggie Watts improvised a set of melodic gibberish, sampling and re-sampling his own voice for his always impressive, instrumentless one-man band. The day's strongest draws were Janelle Monae (lovingly introduced by Pharrell, beacon of the Afro-Punk sensibility) and Brooklyn's own TV on the Radio. Monae, was, as she is always, animated and sprightly, never out of uniform, white shirt and black pants hugging her petite frame. Her set had begun a few minutes early to make way for TV on the Radio's finale, the festival (and borough's) biggest stars sending revelers back into the night feeling like they'd gotten their money's worth. 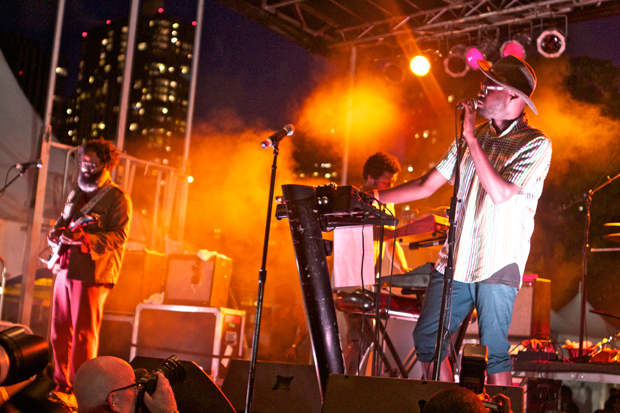