By The FADER
Photographer OG
September 28, 2012

UPDATE: The contest is over! Check back here after the concert to see photos from the winner.

Are you a budding photographer? Have you ever been to a concert, looked in the photo pit and thought, I need to be in there shooting? Now's your chance, because State Farm, in partnership with FADER, is giving one lucky winner a chance to get flown out to Indiana on October 23rd to see Yelawolf, at which point you'll be handed a camera and you and a FADER photographer will get a chance to shoot during sound check. Enter to win over at the State Farm Nation Facebook page, and while you wait, check below for some tips and commentary on photos from various FADER events from FADER photo editor Geordie Wood. 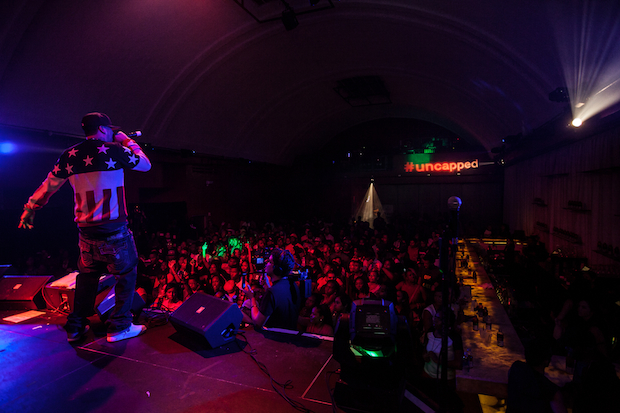 A photograph, despite being 2D, is actually a 3D pyramid that starts at your lens and extends to the four corners of your image. That means it has depth and space that is crucial to consider. Images like this have space and multiple elements that can be layered in an interesting way. This one has French, a crowd and some action to boot. 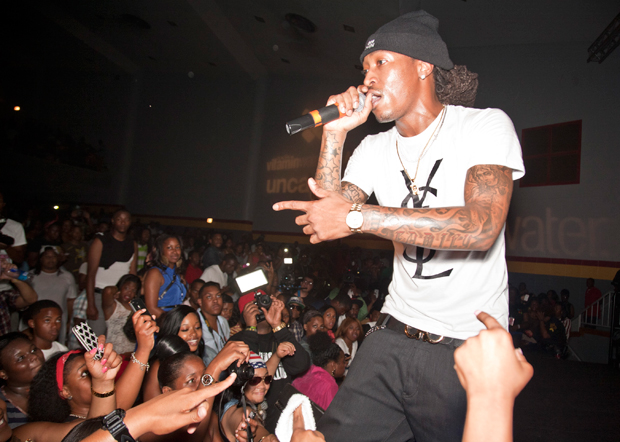 Being in a mob of photographers or in a crowd can be tough at a show (especially now that everyone is a photographer), but sometimes it can be used to your advantage. Here, the photographer is using the crowd, their hands, and Future to bring you into the experience. A decision was made to use flash instead of natural light, which is sometimes necessary if the show you're at has a lot of changing lights or is overly dark. 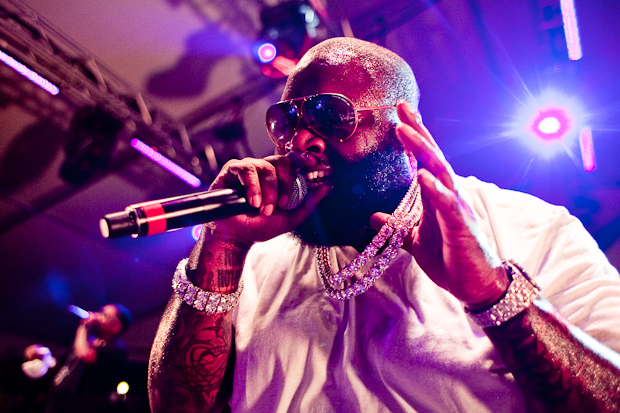 This image has nice control of depth of field. These venues always have a bunch of clutter and extra junk around. Using a low aperture or short depth of field can pop your subject out of the background and get your audience focused on the things you care about and way from the things you don't. This image also has stellar color, which is due to the nice lighting on stage. You can use that to your advantage. Having Rick Ross as your subject doesn't hurt either. 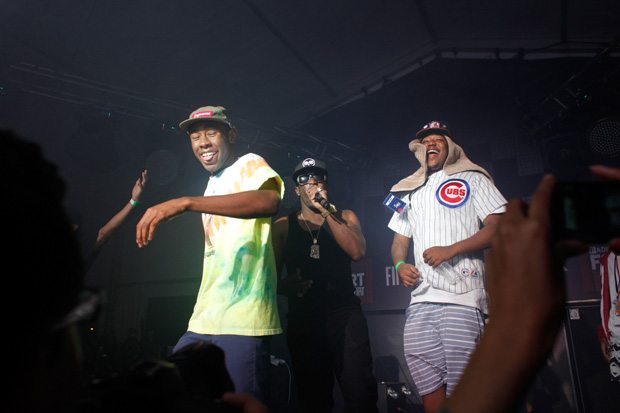 Shooting from a photo pit sometimes stinks but can be used to your advantage. Shooting through other objects brings your viewer into the experience and inside the venue. When you have such vivid and interesting characters as Odd Future, shooting images that speak to their personalities is paramount. What distinguishes one live photo from another is often your ability to bring out the personalities of those on stage. They're caught in an interesting moment here, which is not easy to get, but doable if you're prepared and have your settings dialed in, ready to frame and press the shutter if something happens.

Lil B by John Francis Peters 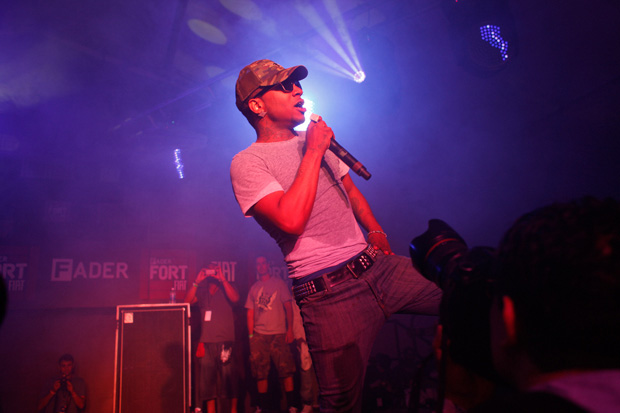 Live venues can have beautiful colors, but that color can be crippling to cameras that don't see the same dynamic range that the human eye does. On top of all that, it's impotent that you shoot a live venue with a high shutter speed for artists that move a lot. Here the photographer is probably using a very high ISO, which allows them to use a high shutter speed and have an off kilter moment like this remain sharp. 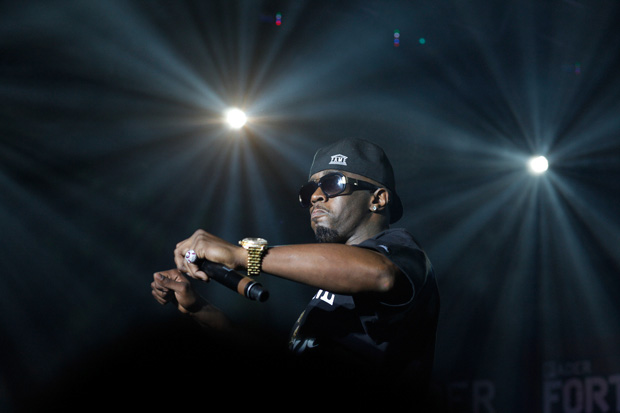 A lot of interesting moments at concerts happen when an artist is not necessarily playing, but interacting with the crowd or reacting to their own performance. If someone on stage stops performing, that is not the time to put your camera down. Following the subject the whole time is important to getting off moments like this. Resist the urge to be a "spray and prey" shooter. Some cameras can rattle of more than 20 frames a second, but there's no frame better than the one that is made by the photographer's eye.