A night out with the internet’s nicest guy.

A night out with the internet's nicest guy

“I don’t really have much to entertain you with,” Ryan Hemsworth says, as he leads me into his hotel room on a Friday evening, a few hours before the 23-year-old, Halifax-bred producer’s scheduled DJ set at a Chicago club. He quickly gets back to what he was probably doing before my arrival: answering emails, reading Twitter and checking his phone. He says he's been there for hours, but the room is essentially untouched. The television is off. A guitar the hotel has made available for rent rests on the bed. On what feels like the last warm day of the fall, the night is clear. Outside the window, the Chicago skyline is startling, but Hemsworth is turned away from the view and toward the light of his laptop, a constant source of inspiration, connection and escape.

Hemsworth taught himself music from the comfort of his bedroom. “I’ve been doing music and making stuff since I was 13,” Hemsworth says. With his interest sparked by Sigur Ros, Bright Eyes and Elliott Smith, in eighth grade Hemsworth learned to play guitar and played drums for a band using his namesake, Hemsworth. In high school he started recording original songs, which he compiled and distributed in the form of self-released CDs. At Halifax University’s King’s College, he chose journalism as his major and got his first laptop. It was during this time that his interest in non-rock music, especially rap and R&B, expanded greatly, and his direction as a musician began to change. “I kind of like everything, but I feel happiest when I’m combining them all.” If his light-handed 2012 remix of Frank Ocean’s “Thinkin Bout You” got him the most attention, it’s Hemsworth’s tender reworks of Broken Social Scene, Future and Tinashe that give him a distinguishing personality. No one else is cutting vintage Amanda Bynes samples into a laboriously edited Backstreet Boys deep cut—Hemworth’s decision to do so marks him as playfully young and earnestly tasteless, an optimistic guy open to anything, as long as it’s heartfelt. 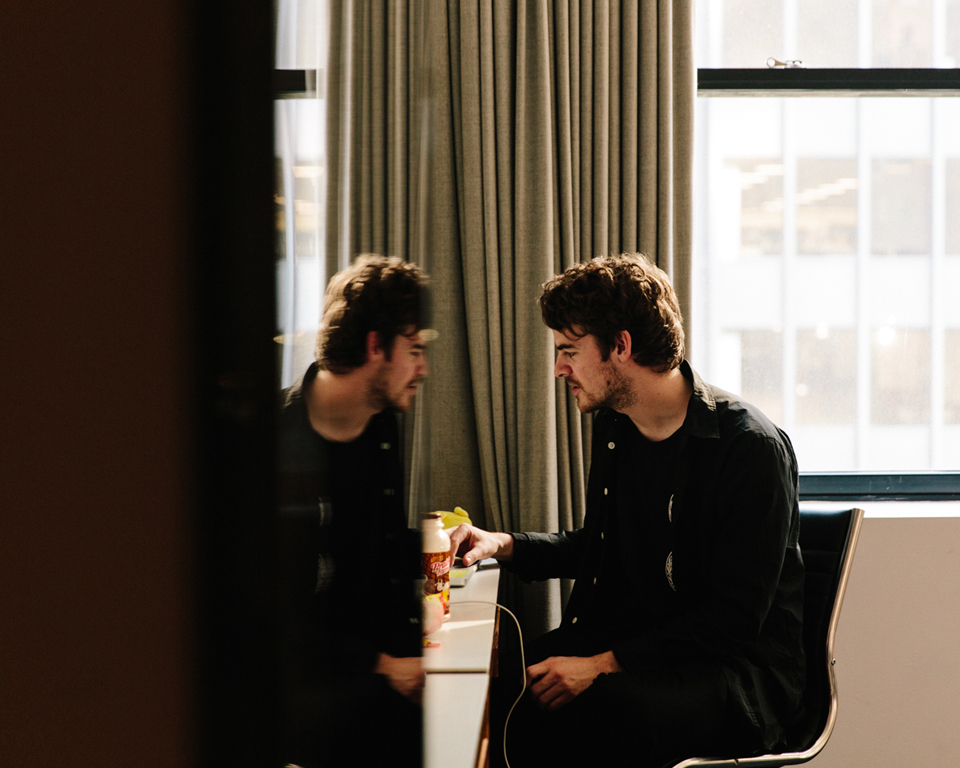 “That’s the exciting thing to me,” he says. “Finding this amazing shit, trying to talk to these people and then sharing music and working on things together.” Since graduating college last year, Hemsworth’s made connections across the globe, largely online: releasing music with the LA-based WEDIDIT label, befriending the French producer Brodinsky and people in New Zealand and Japan who turned him on to what he describes as a bunch of “weird stuff.” “Everything from creating music to my new whole group of friends and seeing the world is sprouted out of email and Twitter,” he says. For Guilt Trips, his debut LP, Hemsworth recruited several of these internet friends to add vocals to his instrumentals. The collaborators, like Kitty, Sinead Harnett and Baths, he says, are people he has become a fan of or hung out with during the past year. “I don’t like my singing voice,” he says. “These are the people that are singing in the way I wish I could or say the things I wish I could express in my productions.”

He’s often glued to a screen, but for Hemsworth, hanging on computers is social, not antisocial. In his Chicago hotel, a Pikachu doll rests behind Hemsworth’s laptop next to a carefully organized assortment of cords. He receives a text and answers it, barely breaking away from his laptop typing. Hemsworth spent more time on the road than off this year, traveling without a tour manager on short US and Europe tours and to festivals in Australia. During this time, each hotel room presents a chance for him to recreate that home base. It was on the road that he pieced together Guilt Trips by mixing it on his headphones. “My set-up is so minimal and not an outward thing,” he explains. “It’s an internal thing.” For Guilt Trips, he wove in rough, emotional vocals into his comparably polished beats, but didn’t clock much collaborative studio time. “Sometimes it works best for [collaborators] to be by themselves and me be by myself,” he explains. “I feel like that’s how some of those tracks turned out so personal and feel more intimate.”


“I kind of like everything, but I feel happiest when I’m combining them all.”

And like the circumstances of its creation, the album sounds best alone, through one’s headphones, as a sort of personal soundtrack to the machinations of the solo life. There are small surprises that would be hard to notice without focused attention embedded throughout. On the slow and lovely “Still Cold,” Hemsworth layers soft vocal coos and synthesized organs without building egregious bombast, while LA-based producer Baths sings: If you’re pretty much like this all the time without giving up/ It’s almost funny that you’re still so cold, like Taylor Swift. It’s a smart combination of cheeky and sweet. Hemsworth says Guilt Trips’ non-collaborative tracks are “more complex.” Full of layers, they’re heavy but not gloomy, sonically rich without sounding excessive. Each synth and vocal manipulation asks to be pulled apart. It feels like Hemsworth has tucked sounds into each of the songs’ nooks and crannies, just for you to find.

If his album is best suited to solo-listening, Hemsworth has perhaps attracted more attention for his burgeoning career as a party DJ. Back in Chicago, he is preparing for a set at The Mid, a popular club in the West Loop. Despite his experimental techniques, Hemsworth is a star on the rise, with an enthusiastic audience that’s starting to outgrow his intimate network. “This is the first time I’ve told friends where I’m playing where they’ve said, ‘I don’t know if I’m going to make it.’” Hemsworth says. 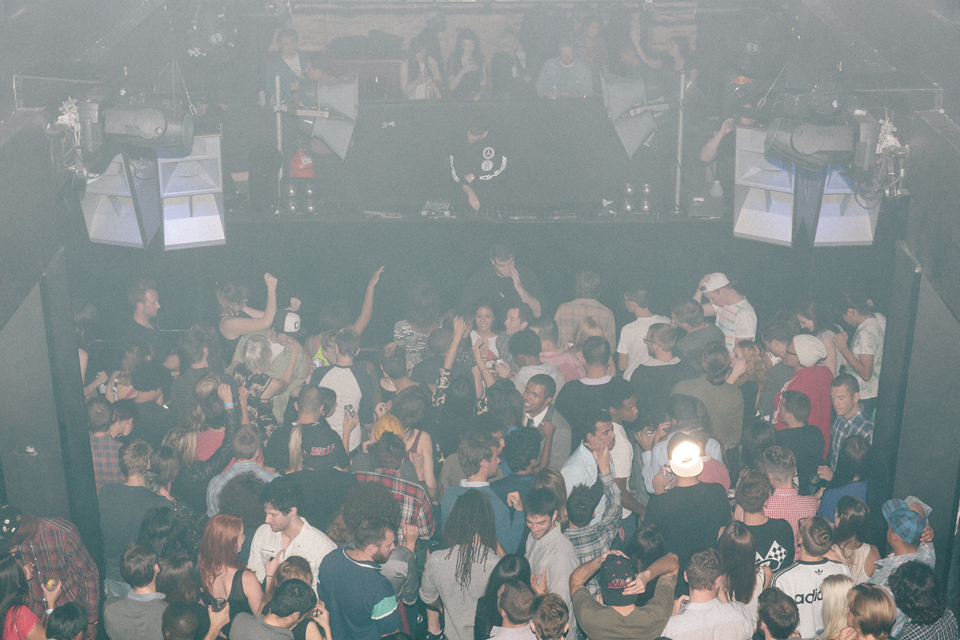 His buddies may not show up tonight, but it was co-signs from influential web personalities that helped get him there in the first place. Online he’s savvy and plugged in with admirers, playing up his reputation as “this nice Canadian boy,” a bedroom-next-door producer who’s accessible enough to imagine as an IRL friend, but impressive enough to DJ big rooms and attract Diplo, who’s called Hemsworth “one of the baddest selectors and DJs in the game right now.” This contrast has drawn people to him: He is normal, but charming at communicating that normalcy. Judging by the pictures of candy and dogs on his Instagram, and the starry-eyed passes at cute girls and winking complaints about hangovers on his Twitter, he is a guy you could have known and liked, as self-effacing as a friend that you’re genuinely happy to see succeed. This appeal is not lost on him: “Like, you don’t see your favorite DJ just chilling in his hotel, just doing stupid normal things,” he says. “DJs are just seen as cool. We don’t see uncool DJs. So that’s what I’m trying to make people realize.”

“Do you have any sort of pre-show ritual?” I ask as we get ready to leave the hotel. “Yeah. I just do lines and lines of coke,” he jokes. “Isn’t that what a DJ is supposed to do?” A promoter picks us up in a stuffed sedan for a quick jaunt to the Mid. The greenroom downstairs has a chalkboard wall, which Hemsworth marks as his own by drawing a photo of Bart Simpson smoking, then signing his last name with a frowning face inside the letter “O.” There’s a rack of pretzel chips in the corner, and Hemsworth and Cyril Hahn, the Vancouver via Switzerland producer with whom he’s splitting the bill on this tour, get to work testing the flavors. Jalapeño is an abrasive and smelly “no”; the regular variety seems to be their favorite. A bottle of rum and decanters of Coke wait on a small table in the middle of the room, and the promoter asks the DJs if he can get them anything else. “I mean,” Hemsworth says, “this is good for now.” 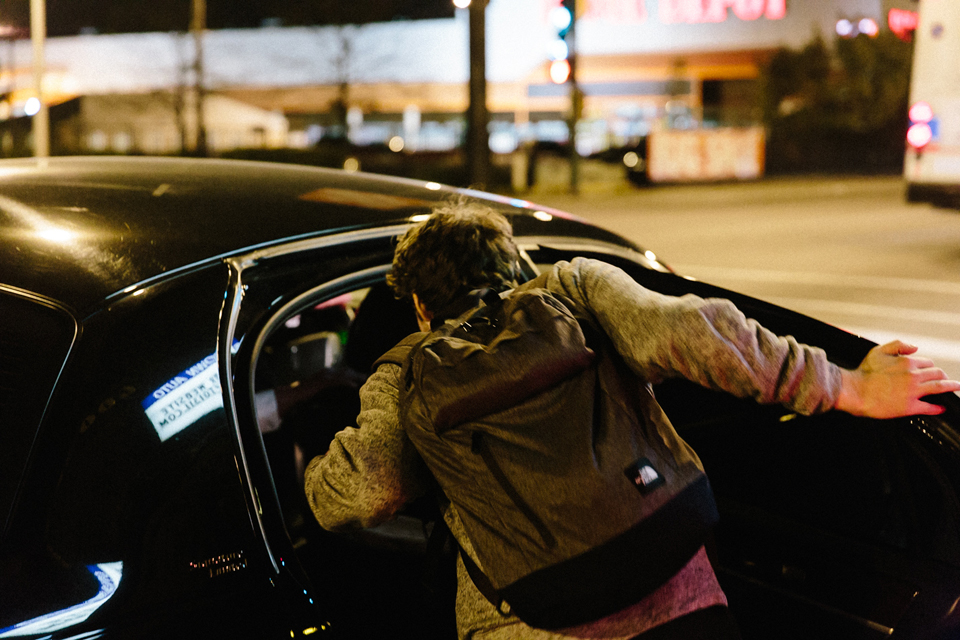 For tonight’s show, he’s dressed casually in sweatpants and a black long-sleeved T-shirt with stripes racing down the arms, tucked under a gray sweater. Before the set, he makes his way to the dancefloor. The club is like any other, full of throbbing bass and bright, seizure-inducing lights. A few guests recognize him, but for the most part, he is able to blend into the crowd. Before long, though, the room fills with friends who’ve also found success online: Tom Krell of How to Dress Well, members of local groups Supreme Cuts and The-Drum. At 1AM, Hemsworth lumbers into the elevated DJ booth. The crowd looks up, and he takes off his sweater.

“DJs are just seen as cool. We don’t see uncool DJs. So that’s what I’m trying to make people realize."

His live setup is lean, a laptop connected to a club-provided turntable, with a DVD of kaleidoscopic visuals shown on flat-screen televisions around the room. The openers played brostep hits and earlier in the evening, Hemsworth expressed concern that, his set list wouldn’t go over well with this crowd. He starts with bright, minimalist house jams and transitions into a variety of genres, tossing out Drake, Rhye remixes, Darq E Freaker and songs from Guilt Trips. He doesn’t alter his set for the club’s vibe, but the club turns around to his tastes, quick and painlessly. Hemsworth plays with his feet close together, head bobbing to the music, sliding back and forth between turntable and laptop, performing a little dance. It feels intimate and silly, even cute, but the more he feels it, the more the crowd feels it, too. The room stays packed throughout the night, and die-hard fans crowd the front of the booth, taking photos with arms stretched up to reach above the sight lines. A glaring flash stands out even among the pink and blue strobe lights.

After the set, we grab a cab to Exit, a local metal bar, for an afterparty. Like you’d imagine Hemsworth’s ideal club to be, it’s a little gritty, a little packed and full of beautiful oddballs of every shape and style. Inside, Hemsworth is quickly lost. Tom Krell DJs for a crowd that’s diverse in age as well as race, a rarity in hyper-segregated Chicago. The partygoers sing along to nearly every song, bouncing more than grinding. I occasionally spot Hemsworth hugging music friends and talking to strangers, whom he embraces like old pals. He seems neither shy nor quiet. When he finds his people, as he has done quite well in cities all across the country and the globe, he is at ease. This is his element, a mishmash of sounds and souls that should not work well together, but do.