Tim Vocals is getting out of jail. Hear his uplifting, first-ever original song, “Stadium.”

GEN F alum Tim Vocals, the uptown singer known for writing new weed and gun-focused lyrics for popular R&B songs, has been incarcerated since February 2013, following a late 2012 parole violation. Before going in, Vocals recorded as much as possible, and he's stashed those songs away for a post-prison album release. "Stadium" is his first-ever original song; it has the uplifting feel of a homespun Ne-Yo ballad, Vocals singing about being a guy bad shit happens to and preferring the train to a Benz. This Thursday, he'll be released from the Lakeview Shock Incarceration Correctional Facility. Next week, on December 19th, he'll play a homecoming show at Santos—see details and FADER TV's 2012 visit to Vocals' house below. 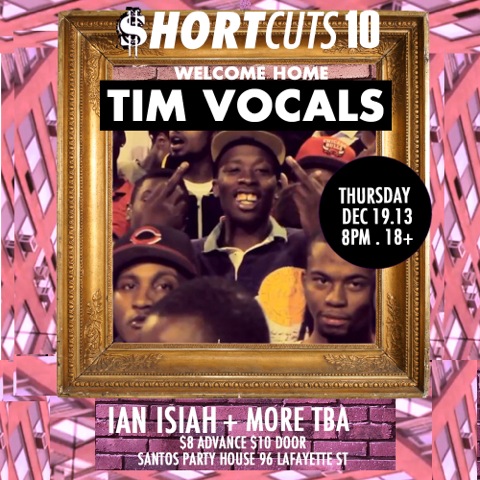 Mike Dean claims he was dropped from Kid Cudi-curated festival