Perhaps it's boring to call Patti Smith a style icon, her Horses album cover practically branded on the hide of the 20th century as a marker of fashion. But the young ones who were re-introduced to Smith from reading her recent memoir Just Kids came down with fever dreams all over again, utopian fantasies of a weird, chopped up New York that housed skinny Patti Smith in its trenches for $30 a month and populated her life with an oddball cast of characters. Her relationship with gay photographer Robert Mapplethorpe was the focus of the book, a complex ambisexual relationship that's tenderness and singularity is so special and sustaining and desirable that it even makes the argument for gay marriage seem tedious. Shouldn't we be striving for this kind of untraditional love? Everything in the book seemed so special, so of it's time, that it made our lives seem run of the mill.


If we can't recreate the utopia of a different New York, we can, at the very least, try to style our world similarly. Anticipating a new generation's excitement for Smith and Mapplethorpe, their friend Judy Linn has published a new book of her photographs Patti Smith 1969-1976 that center on the era covered in Just Kids, the time before Patti and Robert were famous. The book's a nice visual testament to their friendship, but it's also a bible of good clothing, an early record of one of the most stylish couples of all time. Each page shows off corresponding boy-girl Bohemian takes on classic looks like sailor stripes and camel coats. Mapplethorpe's leather underwear and chainmail-style necklace are some highlights, but every look in the book is the perfect, romantic exteriors representing Smith and Mapplethorpe's romantic interiors. New York might never be the same again, too many Starbucks and cupcake bakeries to be wild and weird, but isn't it worth a shot? Pick up the book and run to the thrift store as fast as you can. 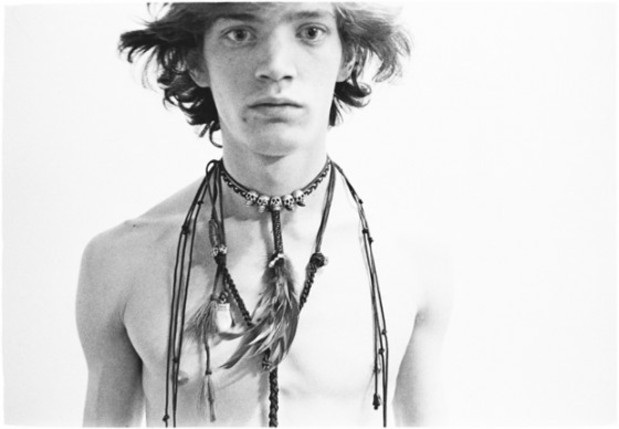 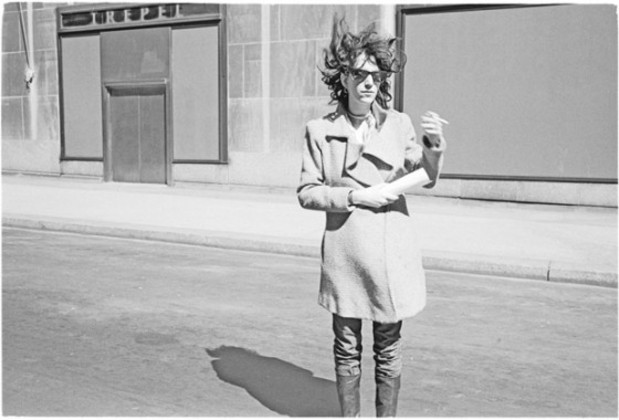 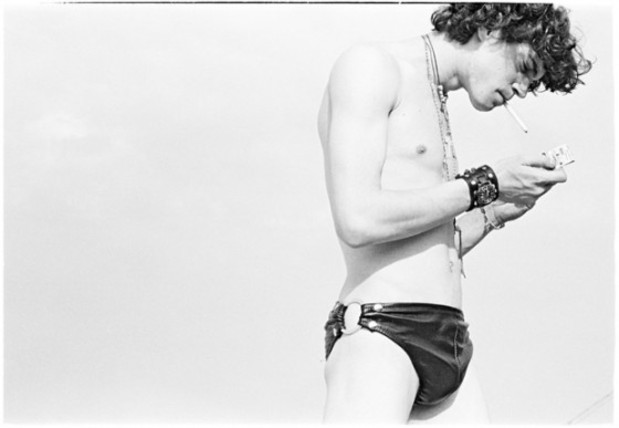 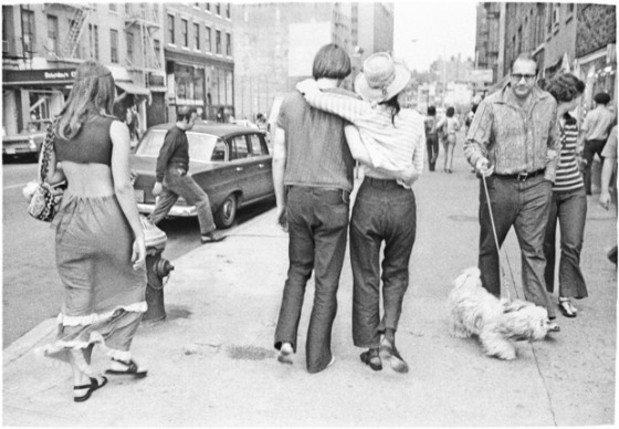