I envisioned this week as Ghetto Palms vs. Que Bajo round two, but instead, guest selector Geko Jones put on his Dutty Artz borsalino and dipped into his drives upon hard drives of unreleased Jahdan white labels and dubplates. By the time he brought in Noble Society producer Fuego Campo for another level of exclusive they had assembled a blakk-catalog so thick it left my own recent JD column looking like the church-floor on Palm Monday.

For 14 or 15 powerful reasons to come hear Jahdan at Santos tomorrow, check the blend and read Geko’s words about working with the Blakkamoore himself (Geko and Fuegos notes on the tracks below):

My Dutty Artz compadres Matt Shadetek and DJ/Rupture have been asking to do a mix like this for eons. I held off because I needed to get into the Blakkamoore & Noble Society vaults to put together a future/past/present Jahdan mixtape. For that purpose, I linked up with the producer of Noble Society, Fuego Campo to present you with…the Boom Blast Podcast.

We considered doing an LP megamix but the combination of both our collections offered an insane amount of unreleased material. We wanted to take the opportunity to let you hear Jahdan's range the way we do. This isn't some new kid on the block. We're talking about Babylon's Nightmare, the Lyrical Gungourgon, aka Black-Hearted Skavenger, Noble Society's frontman, the Buzzrock Warrior, Jahdan Blakkamoore.

I remember when I first met JD, he was on stage at a show in Brooklyn and I was in complete awe. His voice, the stage presence, the crowd control, I hadn't seen anyone rock like that live. When he finally made his way to the bar, I couldn't even work up the nerve to invite him to record so I asked my girlfriend at the time to go bat her eyelashes and get his number. A heap of dubplates, live shows and a crash course on contemporary riddim culture later we went on to record Buzzrock Warrior at my apartment with the rest of the Dutty Artz team.

The Boom Blast Podcast gives you a wide angle view into Jahdan's world. Unreleased bangers, unrelenting consciousness, classic collabos, dubplates that kept him working when times were hard, the hard left turn into abstract raggamuffin soundscapes and the ether of his unplugged talent, all delivered by the cold steel tongue of the Buzzrock Warrior.

Notes on the tracks:

Noble Society- “Word to the Wise” (Boom Blast Xclooz)
GJ: That's Campo on acoustic guitar. I'm still hoping to see an acoustic album one day. There's some great videos on YouTube of them unplugged backstage at a show here.
FC: This tune was NS's first vinyl release, the beat was built on this classical piano sample, Jahdan completely murdered it beyond anything I could have ever expected.

Noble Society- “Keep on Shining” (teaser)
FC: This one in its fullness features Princess Mennen. Reggae / hip-hop passing through London and Brooklyn dubbed out on Jahdan's dangerous lyrics, soon to be released.

Major Lazer ft Jahdan Blakkamoore- “Cashflow (subskrpt rmx)” (unreleased)
GJ: I think the case is still that you have to know somebody at Mad Decent to have this version.
FC: Sick production, definitely worthy of the original version.

Afu-Ra, Cocoa Bros, Jahdan- “D&D Soundclash” (CLASSIC!!!)
GJ: I was knockin this on cassette ten years ago. I found out during the process of making the mix that Fuego played the guitar lick on this.

Jahdan Blakkamoore- “Funkworthy FM dubplate” (unreleased)
GJ: This was recorded the first time I hung out with JD and it marks the beginning the collaborative effort that became Buzzrock Warrior. He laced this for me within a half an hour of arriving early one afternoon. We spent the next several months collaborating and recording dubplates for the soundclash series I was holding.

Noble Society- “Like Us” (unreleased)
FC: Dr. Jones prescribed something raw and hot so we cooked this one up for the Boom Blast, dancehall / electro passin through pure fire from the undergrounds of BK's finest; not your sugar-coated mix, just so you can feel the vibes as they happened...

Meesha Ft Jahdan Blakkamoore- “Its On Tonight (Stereotyp rmx)”
GJ: This came about from an exchange of tunes with a producer from Toronto named Meesha. That and me encouraging JD to get on some out-there digi-dancehall riddims. I sent Meesha a dub and he passed the acca to the homie Stereotyp for the remix.

Stereotyp ft Jahdan Blakkamoore- “Wheeel Up” (unreleased)
GJ: We recorded this for Stereotyp at Noble Society's Studio in BK. If I remember right the acca for this got lost, so it got shelved. The ruff bounce here is rugged and there’s more heat forthcoming from those sessions on Stereotyp's next album. 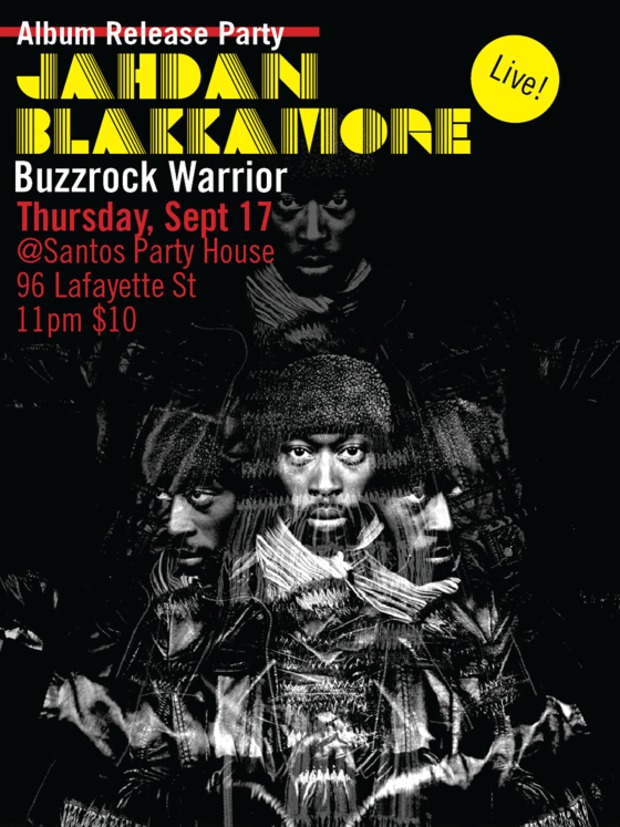