Here are some things that we and/or others have probably told you to do while listening to The XX:


If you were at Central Park Summer Stage for the Jack Penate/Chairlift/XX show last night, chances are you did or thought about doing one of the things listed above. You also may have smoked cloves—but that's probably just a dated stereotype. The point is, that even at their saddest moments, The XX are a band preoccupied with other people, with whoever they're singing to. Each other? Someone else entirely? Their songs are whispered regrets, or whispered love songs if you care to differentiate—it's intensely sexual music in the way that only a trio of ridiculously talented people who are barely 21 can make. They've got shit to get off their chests, and rather than beat you over the head with it, they're worming their way into our collective minds with slick guitar and stomach rumbling bass bouncing across cavernous MPC echoes. 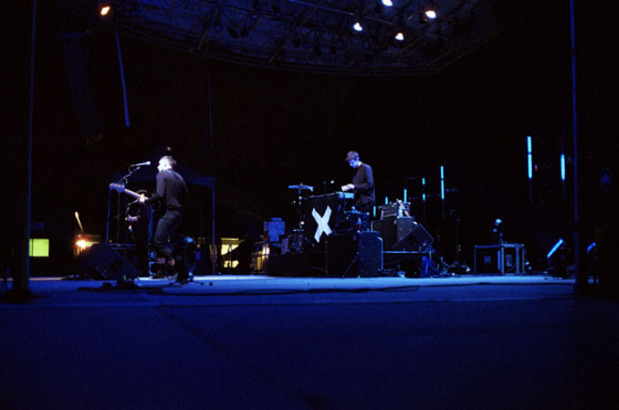 We'd heard reports that the band has lately been boring live. What is up with that, people that felt that way? Totally entitled to your opinion, but listening to their debut record and then seeing them live is the same thing. They are a mellow band! It's exactly why the Summer Stage, or actually any outdoor venue at dusk in the summer, is a perfect venue for them. You can sit and chill. Someone somewhere was probably smoking a joint. Little kids were into it. Adults. Goth kids in tiny shorts and ripped fishnets. 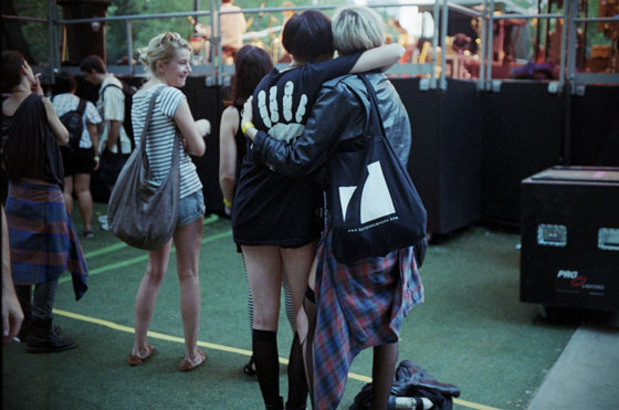 The band seemed stoked to be there too, reminding us that like a year ago they were playing at Mercury Lounge (which, for any non-NYC person, is a pretty small venue), and now they're playing to massive crowds. Wonder if they saw the small children who were super into it? There were a bunch of them.

We're not sure what The XX will do next. They'll probably have to record a followup album at some point, but it can't really sound like their first. In the meantime, this felt like a crystal clear moment for a band in the middle of a strong period of creativity. Not much sounds like The XX, and if it did, we can't see it retaining the same kind of wide-eyed certainty and utter commitment to mood.