My Week in Austin is over, I'm back in Los Angeles. There were things that didn't make it into my posts, however, and since I want you to feel like you, too, were there in the heat with me, I bring you, Texas Listmania:

You Know You're in Austin When
- Walking from East Austin to downtown with a friend, a gentleman shouts "hey ladies!" When you turned around, you realize it's Black Lips' Jared Swiley, hanging half way out the passenger side window of his band van.
- You're having a conversation and Ariel Pink interjects, admitting that he's been eavesdropping, and proceeds to talk tons of shit while eating pizza, and then walks away.
- You're eating dinner at a place with a slightly offensive name (more on this later) and a snake powered by ten hippies pedaling bikes slithers past. 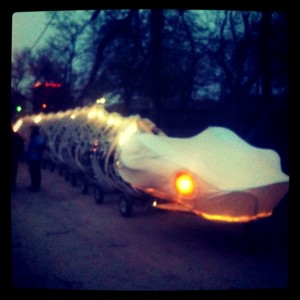 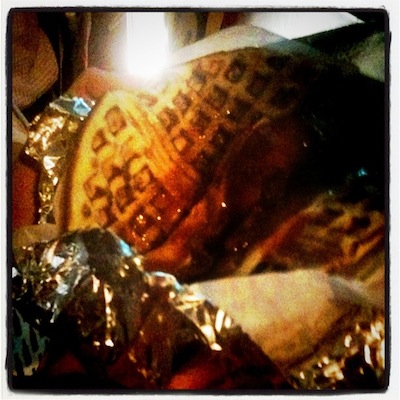 Gnarliest Street Food
- Dessert Empanadas (think McDonald's apple pie)
- Waffle Tacos (Belgian waffle, bacon, swiss, Cholula, syrup, gross)
- Hot dogs covered in a pound of toppings, with a pretzel as a bun (actually delicious, but lose points for the fact that you'll not only be eating it, but will also be wearing it)

Rock 'N' Roll Lady Crushes
- Las Robertas' Mercedes and Mons, who give EVERYONE a run for their money, both in talent and in dirty, sexy, cool.
- Austra's Katie Stelmanis who has that freaky Kate Bush moon lady thing going in the best way.
- Colleen Green, a relative newcomer on the Southern California scene, who makes dirty, girly crush-rock so convincing you believe she probably keeps her sunglasses on in bed.
- 'Kickball' Katy Goodman, La Sera front-woman and Vivian Girls bassist is the reigning crush of grungy rock. Whenever she's around you can see other girls getting shifty-eyed at their drooling boyfriends. Seriously.

"Witty" Food Truck Names
- Me So Hungry (Asian Fusion--I couldn't even bring myself to eat here when it was free)
- G'rag Mahal (Indian food in a garage, OBVIOUSLY)
- Be More Pacific (Filipino American. I love a good bad grammar joke as much as the next writer, gotta say this one made me giggle)

Back to real life, everyone!! See you next year!