Surveying a densely packed plot of land on North 6th Street during this year's two-day Brooklyn Electronic Music Festival yielded a noticeable lack of what I had expected. Where were all the neon-lit pacifiers? Why couldn't I spot any LED parachute pants? Who were all these older couples? The scene seemed like an elegant slice of rave lite: a loose and easy-going party that was a far cry from the manic energy, flamboyant fashion, and ritualistic mind alteration of grungier, older festivals. But lack of UFO pants isn't all that important. Or is it?

To be fair, BEMF clearly wasn't really trying to function as a rave. It was a collection of label or genre-oriented showcases at each of the participating Williamsburg-based venues that, rather than facilitating some mass entrancement, offered a more relaxed (though still totally danceable) opportunity for appraisal and appreciation. Even while everyone was swimming in alcohol, there was something charmingly wholesome about the proceedings: well-dressed and particularly styled, middle-aged European tourists would pump their fists like joyous party crashers; some of electronic music's best and brightest would take a moment to re-connect over some drinks and have a calmer enjoyment of the night life scene they helped create. It was a little strange that, despite the wide stylistic variance amongst the individual showcases, very little changed in mood from venue to venue. 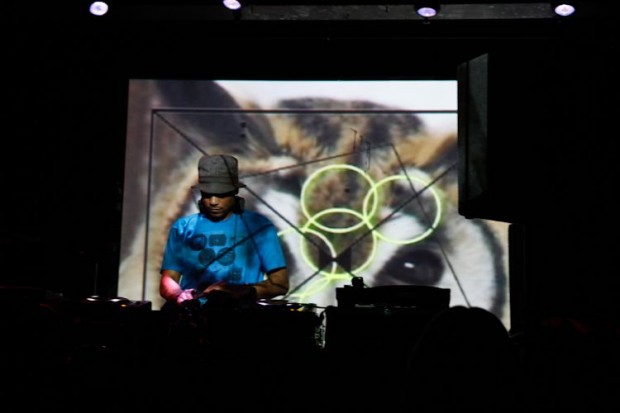 Concerns of authenticity, though, were short-lived after making my way to the latter half of Omar S's three-hour marathon at the front room of Public Assembly. Omar's a master at the brand of deep, dark techno that used to be the more dominant face of electronic music, particularly in its early era: patient filtering, acidic synth lines, minimal diva vocal edits, constant pulsing kicks before BPM count started taking steroids and footworkin'. He utilized all of these trademarks for a set that paid equal homage to his home city of Detroit and it's de facto sister city Berlin, keeping things hauntingly minimal. Of the remaining Detroit-style purists like Moodymann, Omar's officially become the most prominent and his audience's loyalty was firm in its mission to make this the most packed room I'd shove through that weekend, even two hours into his set. The only real fault is that nothing has radically changed about his set for what feels like years, but it doesn't seem like anyone minds. 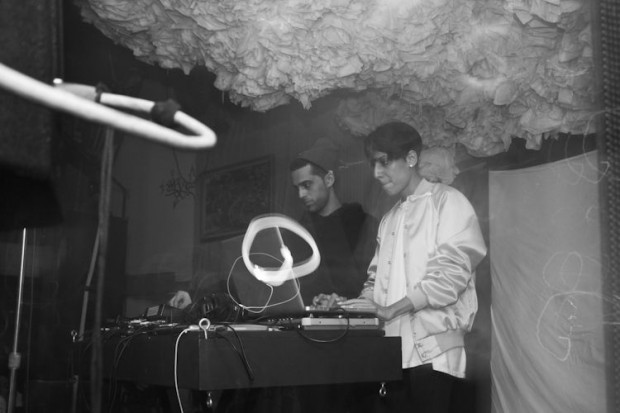 Next up was the Fade to Mind label's showcase of hyperkinetic, weirdo world beat at Glasslands. It's difficult to imagine a sharper contrast to Omar's smooth vibrations than the F2M roster's rubbery, metallic palette and heated pace, and walking inside was exciting and jarring because of the immediate sonic switch from tradition to the future. I walked towards the end of Fatima Al Qadiri's unfortunately brief set, though her ghostly vibes were an interesting diversion before back-to-back sets from label head Kingdom and his flagship artist Nguzunguzu. It's easy to compare the two acts: both are in constant communication, seem to love the sound of lasers and have this wonderful ability to re-cast mid-aughts pop divas as off-kilter cogs in radical dance floor experiments. Kingdom’s use of these ingredients aim for spacier, heavier ends like some alternate, brash evolution of the purple end of dubstep where synths collide with abrasive found sounds. Nguzu flew on a more frenetic vision, and made a strong case for having the most globally-appreciative record collection of anyone at the festival. They mixed old and new originals, pleasing fans of the recent Warm Pulse EP and it's experimentation, as well as fans of their self-titled EP and it's ability to turn Capetown and Bmore club completely upside down. 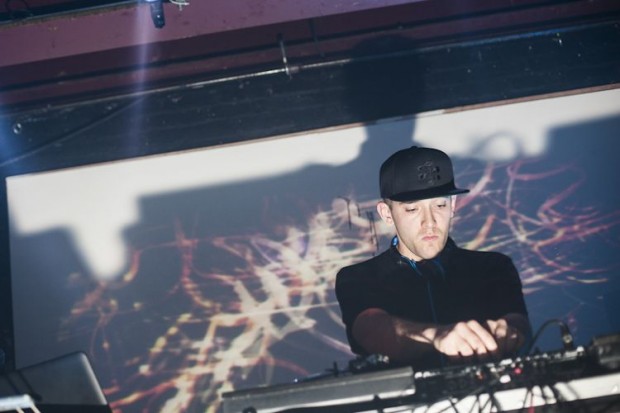 The Friends of Friends' crew's performance at Public Assembly the following night had the most vibrant, mobile crowd, even if it wasn't quite as large as Omar's. Their performance also felt the most properly tailored to the event: their group-oriented strategy involved all members of the showcase throughout, was pretty heavy on trap and remained cohesive even while mixing really strange variations in genre or mood. Most of the performers I saw that weekend took the approach of embodying a singular atmosphere very firmly, but FoF's wide reach was more reminiscent of a severe case of ADD colliding with the world's largest iTunes library. During the performances, all of the collective's performers hung on stage in the stark blue stage light, consultants in a larger, collaborative DJ set that threaded novel transitions between two-step, R&B, and trap-influenced hip-hop. My nod goes to Groundislava for taking the most chances in his selection, threading those weird transitions ably, and shouting distracting inanities into the mic far less than Salva or Shlohmo. But, they really all deserve a gold star for maintaining such a team-oriented focus and being so involved with each other's sets without losing interest—crews are super important in the dance world, and these guys exuded love for each other. By the time Shlohmo completed the clinch jump shot of any good DJ set—dropping into “Ignition (Remix)” by R. Kelly—another important audience metric had proven revealing: the ratio of times I was asked for drugs versus the times I was offered drugs weighed so heavily favored to the former that I started to feel like Scarface 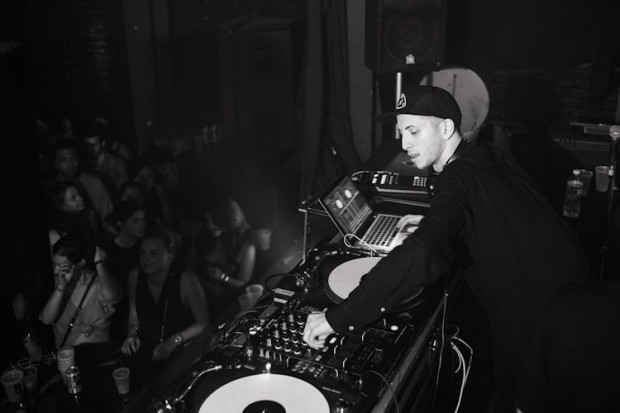 Later that night, NYC DJ/producer FaltyDL slayed Cameo's small room. His brand of bass-heavy, New York disco-referencing dub during the set was certainly more immediate than his previous full-length You Stand Uncertain, a record built on unassuming ambience, strange resolutions, and unexpected turns that don't always build, but simply transform. Even still, he keeps things left-field, mixing strange brews of disembodied vocals and overpowering bass wobble while doing quick edits. He danced onstage, and unexpected transitions suggested that he wasn't so worried if people got a little freaked, particularly while slyly smiling at the two guys who were constantly yelling at him to “just fucking drop.” He remained stoic and, instead of dropping, he lifted by slowly scooping the low end out of the jazzy house re-work of Caribou's "Sun,” feeding a clever transitional monologue (possibly by Bootsy Collins) through a wavering filter, and rode the resultant mix to the high plane of the stereo field before it evolved into what sounded like a new original. This was done all without headphones or working monitors, and quite thoroughly defied what the audience seemed to be craving. But, when the vinyl dust settled, everyone was dancing.