The Things I Carry: Riff Raff

When he stopped by yesterday, at the tail-end of a New York visit where he shot videos and recorded with Harry Fraud, Riff Raff wondered why our office didn't have a proper dressing room or any bath towels. What if somebody wanted to take a shower? With a big purple backpack in tow, he said he was getting on a plane to Ethiopia, then later admitted he was actually on his way to North Carolina to play a show. Before heading off for the airport, he emptied out the pockets of his enormous jean shorts. He had more than one gold mouthpiece, a tiny bottle of Curve cologne, a watch that smiles and, crucially, a hairbrush. 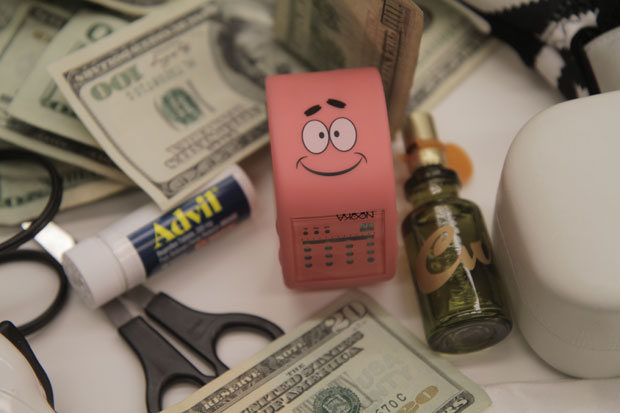 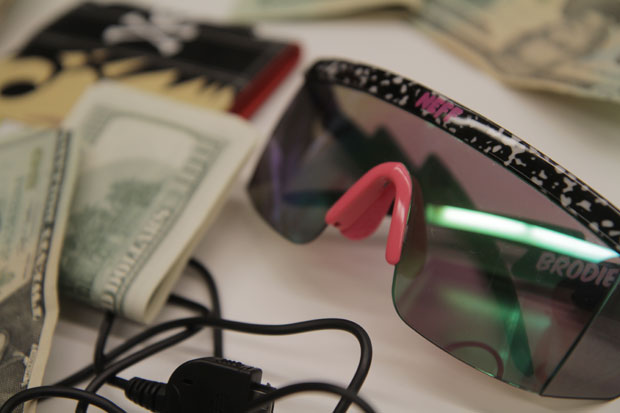 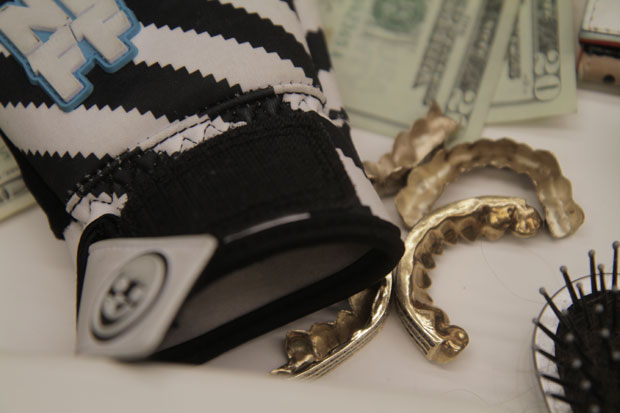