We were pretty impressed by Chromeo's attention to detail on their latest album, Business Casual—in our Studio Time video with them, they told us they were following the template made by Quincy Jones and Hall and Oates, the feeling that during the Reagan years, the music was waxing nostalgic for Happier Days. So for FADER 69, we had them write a Vinyl Archeology about the songs that influenced the 1980s-gone-1950s tracks on their latest album. And in kind, they're unleashing a week's worth of videos describing the process behind every single song on Business Casual. Watch them discuss "Don't Walk Away" above, read their Vinyl Archeology after the jump, and keep TheFADER.com on lock every day this week for a new view into the minds of two keyboard-loving Montrealers.

Think back to all the ’80s videos you know. Now ask yourself: how many of them take place in a diner? (“Take On Me,” check. Go West’s “Call Me,” check. Etc.) Now look at all your ’80s-inspired accessories: motorcycle jacket, loafers, Wayfarers. Well, there’s nothing ’80s about that—they’re all ’50s and ’60s staples! In fact, they’re symptomatic of an ’80s/’50s nostalgic syncretism that was an immense part of pop culture during the Reagan era. The Stray Cats, La Bamba…ah, it all comes back. Surely you know Chromeo’s revisionist shtick by now: we came out with Jheri Curl funk when everyone else was doing “Blue Monday” bass lines. In our never-ending quest to shed light on all-too-forgotten nooks and crannies of our favorite decade, we bring you a quick overview of essential ’80s/’50s-and-’60s musical moments. Hey, maybe some kid will write about ’80s inspired music from the 2000s one day. – DAVE

Dave 1 and P-Thugg are Chromeo. Their new album Business Casual is out now. 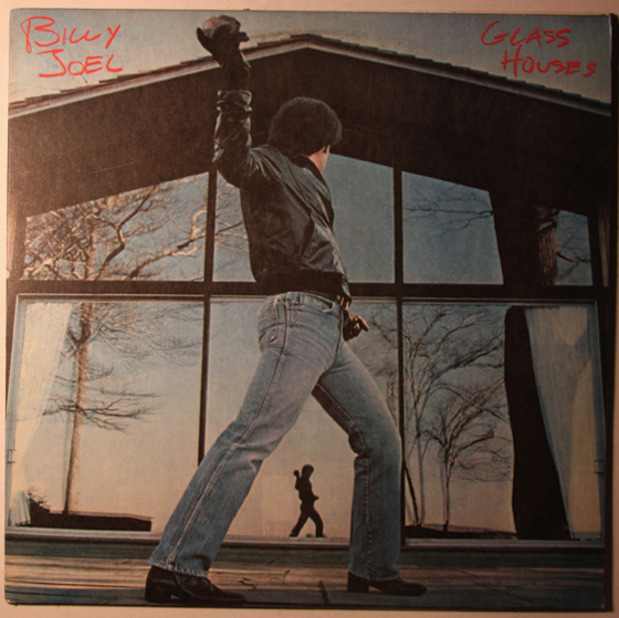 Billy Joel “For The Longest Time” An Innocent Man (1983) Hall & Oates had doo-wop phrasing in their hooks, but Billy Joel went and made a full-on doo-wop a cappella hit. That track was so retro, it got added to regular rotation on oldies stations. But it wasn’t Billy’s ﬁrst foray into ’50s and ’60s nostalgia. His 1980 jam “It’s Still Rock & Roll To Me” was heralded as a turn to new wave, but its rockabilly guitars, handclaps and slap-back eﬀ ect on the vocal (the predecessor to reverb) were full-on throwback. Just listen to the lyrics: Can’t you tell that your tie’s too wide?, Should I get a set of white wall tires? This is the ’80s/’50s call to arms, no less: “Welcome back to the age of jive.” – DAVE

Kenny Loggins, “Footloose” Footloose Soundtrack (1984) The dominant musical constant in these ’80s/’50s songs is undoubtedly the shuffle: a swing groove perfectly exemplified by this track. But for now, let’s talk about video aesthetics. The ’80s general enthusiasm for everything ’50s is all over this flick. The story of a young rebel in a white t-shirt with rolled up sleeves and jeans (à la James Dean), abandoned by this father, who moves to a small town where the city council has banned dancing and rock & roll music. Of course he falls in love with the daughter of a leading council member who’s responsible for this law. You can recall the rest: rock & roll dances, (more) diner scenes, prom outﬁ ts and school locker altercations—it’s all there. – PEE 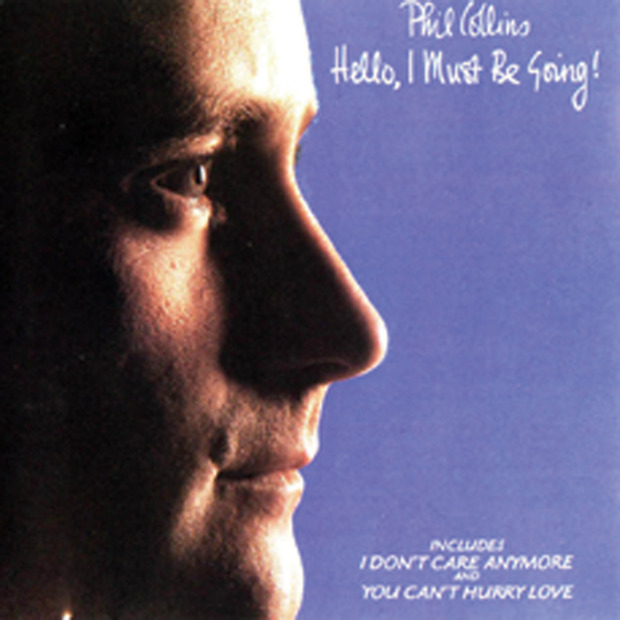 Phil Collins “You Can’t Hurry Love” Hello I Must Be Going (1982) Here’s another cover of a ’60s hit, this time by The Supremes, courtesy of Motown’s Holland-Dozier-Holland songwriting team. Between this and his later song “Two Hearts,” which he actually wrote with Lamont-Dozier, you can really see Phil’s fascination with early ’60s Motown music and style. In fact, look closely at the record sleeve for Hello I Must Be Going and you’ll notice the quote “Motown We Salute You.” The song’s single cover art is also an obvious nod to that era. And what about the video: Supremes-esque spotlights and mic stand formations, David Ruﬃ n-style outfits, and Ray Charles twitching moves interpreted to the best of Phil’s ability. – PEE

Hall & Oates, “You Make My Dreams” Voices (1980) The shuffle to end all shuffles (with an honorable mention to “Method of Modern Love”), this song’s chorus is characterized by airtight harmonies which point directly towards one of H&O’s great inﬂ uences: ’50s and ’60s doo-wop. And yet, to modern ears, the effusiveness of “You Make My Dreams” perfectly exempliﬁ es the ’80s joie de vivre. Nostalgia is all over Hall & Oates’ ﬁ rst self-produced LP, however, with its ﬁ rst single being a cover of The Righteous Brothers’ 1964 cut, “You’ve Lost That Lovin’ Feeling.” – DAVE 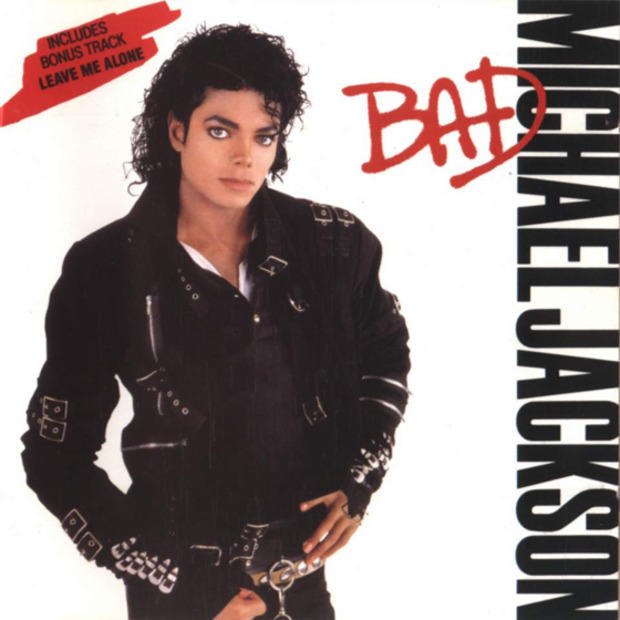 Michael Jackson “The Way You Make Me Feel” Bad (1987) Here’s a slower shuﬄ e with accented triplets, reminiscent of The Miracles, The Flamingos, The Monotones, to name a few. The video itself was an ’80s version of Grease with the typical storyline about the boy who, backed up by his chums, likes a girl and runs after her while she feigns disinterest in front of her “Pink Ladies.” Michael had truly created a ’50s universe in his head, being a Fred Astaire devotee. (He dedicated his autobiography Moonwalk to him). He also pays the ultimate tribute to Astaire’s 1953 musical “Bandwagon” in his video for “Smooth Criminal,” jacking his outﬁ t as well as his exact dance moves. MJ’s fave accessory? Black loafers and white socks: pure ’50s. – PEE 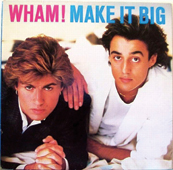 Wham! “Wake Me Up Before You Go-Go” Make It Big (1984) You know, those guys were actually tackling some serious topics on Fantastic. But they seriously flipped the script on the ﬁ rst single from their follow-up album with this swinging number. Ragtime riffs played on the organ, muted twangy guitars and, again, an irresistible shuffle—all those elements legitimized George Michael’s proto-Stockton choice of shorts. Now if you’re anything like me, at the mere mention of Wham!, you’ve got the Pavlovian urge to say “jitterbug,” an early rock & roll dance that peaked, yes, in the ’50s. Forget Atlanta, this was the original finger snapping music. – DAVE 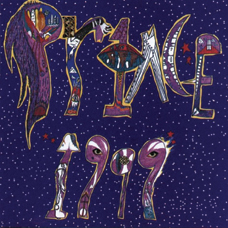 Prince “Delirious” 1999 (1982) It would be sacrilegious to write an article about ’80s music with nary a mention of the Purple One. Luckily, he was no stranger to rockabilly re-appropriations. “Delirious” is, in fact, the second in a triptych of ’80s/’50s tunes. The first was Controversy’s “Jack U Oﬀ ,” a piece of pure horn-laden rock & roll pastiche. “Delirious” keeps its predecessor’s traditional 12-bar blues structure, but slows the tempo down and introduces the LM-1 drum groove which will carry the series’ third and biggest hit: “Let’s Go Crazy.” And whereas “Go Crazy” finds Prince singing in his typical mid-range, the most charming feature in “Delirious” is a remarkably low-register Elvis-style crooning. – DAVE