On a different night, it might have seemed intensely out-of-the-ordinary to spot a stylish young woman slipping out of her Loubitouns and entering a tent-like, dandelion-yellow structure with pillow soft floors and elastic appendages stretching from the floor to the ceiling. But last Friday, at the inaugural stop of the ambitious cross-country Station To Station tour -- a public art project made possible by Levi’s, which connects artists, musicians and creative pioneers with diverse communities -- on the second day of New York Fashion Week, it happened more than once.

Station To Station is a “moving platform for artistic experimentation,” linking musicians and visual artists for a 22-day train journey, making nine stops in places that range from major-ly metropolitan (LA) to far-flung (Winslow, AZ), and wrapping in Oakland on September 28th. Underneath the Williamsburg Bridge, the Brooklyn kick-off treated its sharply-dressed attendees to a series of bizarre, captivating, and carefully-calculated spectacles — like technicolor smoke bombs, interpretive dance routines, or the eardrum-splitting electronic racket of New York underground icons Suicide.

Upon arrival, guests were invited to explore a little community of “nomadic sculptures,” like some sort of hallucinogenic street fair. Each artist-created dwelling was a different color: inside the red tent, for example, a pentagram shaped bench was surrounded by widescreen monitors showing Kenneth Anger films, like 1964’s Inauguration of the Pleasure Dome, on an endless loop. The Urs Fischer-designed white structure was by far the most popular site for iPhone selfies, featuring panoramic mirrors, thick morning fog and an extra-wide bed in the center; climbing inside was like waking up in someone else’s daydream.

The night felt like it really started when the Kansas City Marching Cobras, a youth drill team, stomped the blacktop while the sun sank over the East River. The performance—a commanding triumph of snare drum hits, chants, and synchronized stepping—provided a much needed wake-up call after all that directionless roaming around the polychrome structures. When the Cobras led the hypnotized crowd inside, No Age was already setting up (drummer/vocalist Dean Spunt even drummed along with the ensemble briefly). The LA duo sounded great; the moderately-sized space and overtly mellow crowd showcased their technically-chiseled songwriting, a prowess that's not as obvious in the smaller, rowdier settings you’re probably used to seeing No Age make noise in.

Yoshima, of Boredoms and Free Kitten, played an entrancing set with bassist Hisham Akira Bharoocha and Ryan Sawyer. Their cerebral, Eastern-influenced avant-rock fit in nicely against a backdrop of trippy, high-resolution visual imagery, as did the woozy pop of Ariel Pink’s Haunted Graffiti, who performed a mostly straightforward set of hits, including “Hang On To Life", the brilliant, breezy track Pink wrote with Violens’ Jorge Elbrecht earlier this year. Suicide's painfully loud performance was as alienating as it was captivating: watching Alan Vega, who is 75 years old, sing-talk "Ghost Rider" while Martin Rev insistently banged away on keyboards, sporting a pair of drop-crotch pants that even Justin Bieber would probably find off-putting, was, like everything else that night, an experience.

Later, after a wall of pyrotechnics filled the sky with a dense rainbow of neon haze, the drill team returned with just as much enthusiasm as before. With so many sights and sounds, there could have been a high risk for sensory overload, had there not been adequate space to step back, drink in hand, and digest it all. We're talking about an event that also featured five nomadic sculptures -- created by Kenneth Anger, Urs Fisher, Liz Glynn, Carsten Höller and Ernesto Neto, who were asked to envision a yurt (a portable tent-like dwelling traditionally used by nomads in Central Asia) -- as well as Levi's yurt, intimate gallery-like setting where local artists were designing and crafting custom products, in real time. Artists featured include Folk Fibers, Cobra Boots, Chimayo and Junkyard Jeans.

For a few seconds —after the smoke cleared and the house lights came up and the Cobras marched out of sight for good—it was hard not to wish that when the train took off for Pittsburgh the next morning, you would be climbing onboard, too. 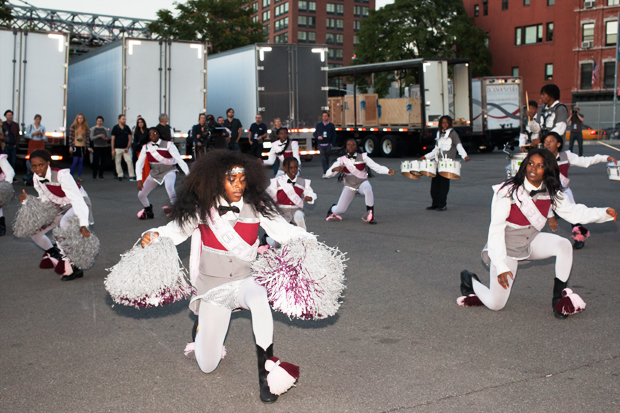 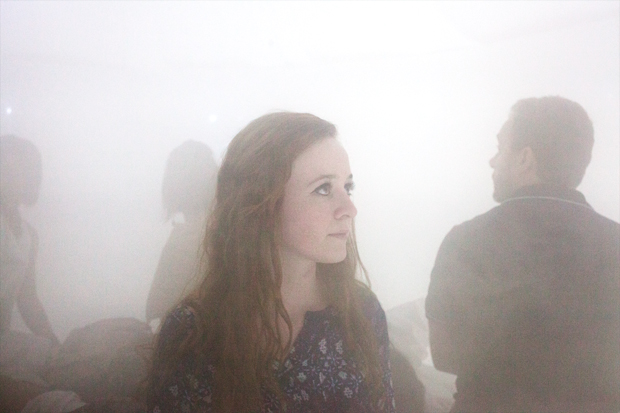 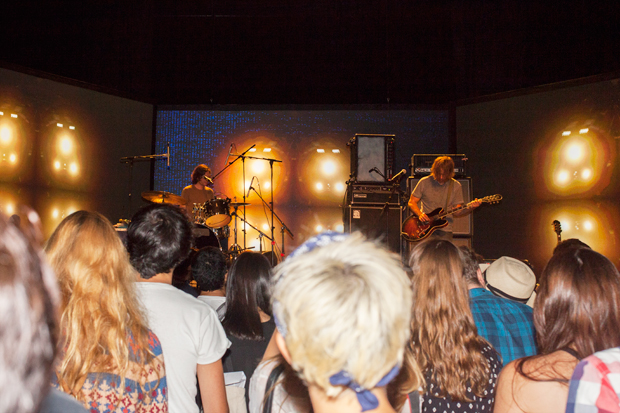 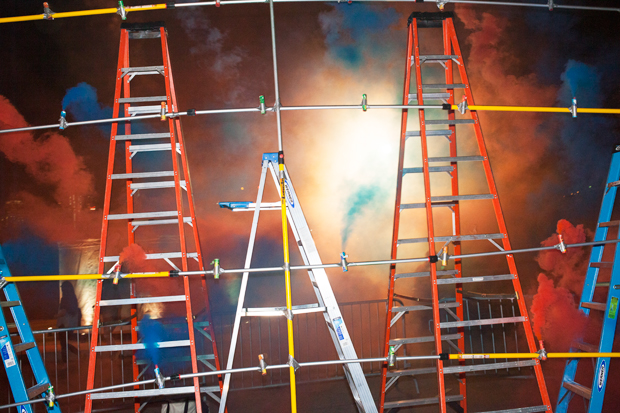